“Full-proof security would be provided to the players of both the teams from the airport to hotel. The police will take control of the stadium and hotels two days before the first ODI at Cuttack on November 2,” police commissioner R P Sharma said.

Sharma said this after a meeting with functionaries of Odisha Cricket Association here. “There is specific threat perception on Sri Lankan team. We are taking all steps to ensure a smooth ODI in the state,” Sharma said. The players of both the teams are expected to travel from Bhubaneswar to Barabati stadium in Cuttack for net practice on October 31 and November 1.

Odisha Cricket Association (OCA) president Ranjib Biswal, who also serves as IPL chairman, also said that police will take adequate security keeping in view the ethnic problem in Sri Lanka. OCA secretary Asirbad Behera said gate no 2 and 3 of the stadium would be opened at 9.30 AM, four hours ahead of the scheduled start of the match, to avoid the rush of spectators and to facilitate smooth entry of the players. 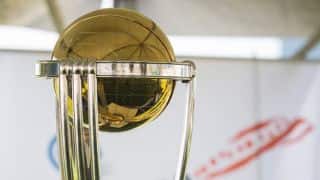