Dharamsala will host West Indies and India in October 2014.

Dharamsala, the picturesque Himalayan hill resort, will host a match of India-West Indies One-Day International (ODI) series in October-November, match organisers said on Sunday. This will be the second ODI match at the venue. The Himachal Pradesh Cricket Association (HPCA) is seeing it as a major achievement in showcasing its showpiece venue, located at an altitude of 4,000 feet above sea level, with the mighty snow-clad Dhauladhar ranges forming the backdrop.

“Another ODI, that too in a shortest span, is a big achievement. It’s now official that our infrastructure fulfils international norms,” Himachal Pradesh Cricket Association (HPCA) press secretary Mohit Sood told IANS. The first ODI here was held between India and England January 27, 2013.

Sood said the Board of Control for Cricket in India’s (BCCI) tour programme and fixtures committee chaired by Rajeev Shukla on Saturday selected Dharamsala as one of the venues for India-West Indies series. The other venues are Kolkata, Visakhapatnam, Cuttack and Kochi.The match schedule will be finalised later on the basis of logistics, he added.

The stadium, 250 km from state capital Shimla, has a 21,600-seat capacity, besides a world-class indoor stadium comprising video analysis facilities, a club lounge, restaurant, bar and banquet hall. The popularity of the venue soared after the nine IPL matches were held there.

In the last IPL season, Dharamsala was not allotted a single match owing to the tussle between the Congress-led state government and the HPCA, headed by BJP MP Anurag Thakur. According to EspnCricinfo, the HPCA venue is the first in India to use winter rye grass scattered around the outfield, which prevents the grass from dying when temperatures fall below 10 degrees Celsius.

The stadium figured first on the international cricket map in 2005 when it hosted a warm-up match between the touring Pakistan team and the Indian Board President’s XI. 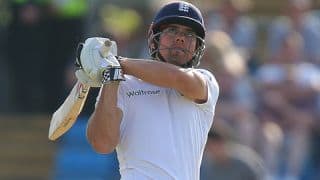 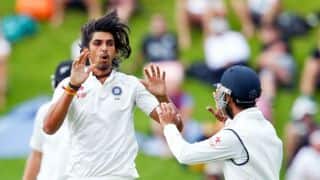