The live cricket streaming of the match will be available in India on Sony LIV, along with the live telecast on Ten HD 1 and Ten 1.

After the humiliating defeat against Pakistan in the final of ICC Champions Trophy 2017, India are set to embark their campaign against West Indies for 5-match ODI series and one-off T20I. The live cricket streaming of the match will be available in India on Sony LIV, along with the live telecast on Ten HD 1 and Ten 1. West Indies, on the other hand, drew 1-1 against Afghanistan in ODIs. FULL CRICKET SCORECARD: India vs West Indies, 1st ODI

West Indies have maintained the same squad for the first two ODIs as they had played against Afghanistan. Pacer Shannon Gabriel continues to remain unavailable due to injury. In his absence, West Indies will hope that the pace battery led by Jason Holder would keep the Indian openers at bay. The No. 9 ranked side will also want their top-order, consisting of batsmen like Evin Lewis, Kieran Powell and Shai Hope, to fire all cylinders and pose threat to the No. 3 ranked India.

With no Rohit Sharma and Jasprit Bumrah in the side, Virat Kohli will test the skills of Ajinkya Rahane and Mohammed Shami. The pacer has not played an ODI since 2015 World Cup semi-final due to injuries. This would be the ideal time for Shami to make the most of the opportunity.

Kohli would also want to let loose his power-packed batsman Rishabh Pant, while Dinesh Karthik may also get a chance if India decide to rest one of the middle-order batsmen.

While West Indies will look to resurrect their form, India would look to shrug off all the drama in the past week and prove their point through performance. 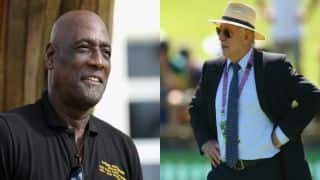