Ishant, who has 275 Tests, is currently tied with Kapil with 155 wickets from 45 Tests outside Asia.

Ishant Sharma is set to surpass India great Kapil Dev’s record as India square off against West Indies in the second Test at the Sabina Park, Kingston in Jamaica, starting Friday.

Ishant scalped eight wickets and played a pivotal role in India’s record 318-run win over the Jason Holder-led unit in the opening Test of the two-match series in Antigua last week.

The India pacer scalped five wickets in the first innings as India bowled out West Indies for 222, taking a 75-run lead. This was Ishant’s ninth five-wicket haul in the longest format of the game, dismissing Kraigg Brathwaite, Roston Chase, Shai Hope, Shimron Hetmyer and Kemar Roach.

Ishant has played 91 Tests has 275 wickets against his name. While he is on the sixth spot in the list of India’s leading wicket-takers in Test cricket, behind Anil Kumble (619 wickets), Kapil Dev (434 wickets), Harbhajan Singh (417 wickets), R Ashwin (342 wickets) and Zaheer Khan (311 wickets), the Delhi speedster will need one more wicket to become India’s second highest wicket-taker outside Asia to go past former Kapil Dev.

Currently, Ishant is tied with Kapil with 155 wickets from 45 Tests outside Asia. Legendary legspinner, Kumble, leads the chart with 200 wickets in 50 Tests. Zaheer and Bishan Singh Bedi occupy fourth and fifth spots in the list with 147 wickets and 123 wickets respectively.

Following his five-wicket haul in the first Test, Ishant revealed that Bumrah suggested that he should bowl cross seam as there was nothing much happening.

“The attempt was, if you bowl out the opposition as soon as possible, it is good for your team. We tried that we were able to do that,” he added during his interview with bcci.tv. 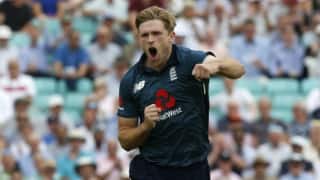 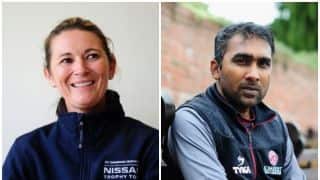