A medical examination confirmed a concussion, and match referee David Boon gave his approval for Blackwood to come into the game as a substitute.

West Indies on Monday drafted Jermaine Blackwood into their playing XI for the remainder of the second Test against India as a concussion substitute for Darren Bravo.

Bravo retired hurt on 23 on the morning of Day Four having driven Jasprit Bumrah to the covers in the fourth over of the day. He had suffered a blow to the helmet in the last over of Day Three, off a Bumrah bouncer. The ball had struck the right side of his helmet which sent his stem guards (that protect a batsman s neck area) flying. Before retiring hurt, he faced two more balls on the third evening, and a further ten balls on Monday morning.

According to a report in ESPNCricinfo, a medical examination confirmed a concussion, and match referee David Boon gave his approval for Blackwood to come into the game as a substitute.

A Cricket West Indies (CWI) spokesperson said Bravo had undergone a concussion test after the end of the third day’s play, and passed it.

Just to make things clear, both Bravo and Blackwood will be credited with a Test appearance each. Blackwood will bat, making it 12 players batting in the West Indies innings. The runs scored by the two will be included in their respective career figures. #WIvIND #INDvWI

Meanwhile, Blackwood isn t part of West Indies squad, but is a local from Jamaica and had earlier fielded as a substitute during the match. His last Test appearance was in Bulawayo in October-November 2017. He becomes the second concussion substitute in men’s Test cricket after the Australia batsman Marnus Labuschagne, who was substituted after Steve Smith suffered a sickening blow to the head in the second Ashes 2019 Test at Lord’s last month. 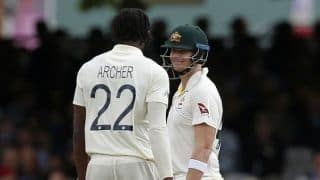 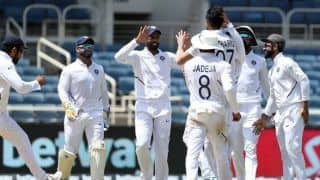