Dismissing speculations of a rift with vice-captain Rohit Sharma, India skipper Virat Kohli called the reports ridiculous and baffling lies and insisting that he has no issues with Sharma.

Dismissing speculations of a rift with vice-captain Rohit Sharma, India skipper Virat Kohli called the reports ridiculous and baffling lies and insisting that he has no issues with Sharma.

After India’s ouster from the World Cup, there were stories of rift in the Indian camp with claims that Rohit and Kohli are not seeing eye to eye. Theories of split captaincy were also floated. On the eve of his team’s departure for the tour of West Indies, Kohli sought to clear the air. ALSO READ: Virat Kohli underlines team camaraderie, trust and respect ahead of WI tour departure

“In my opinion it’s baffling, ridiculous to read such stuff, we’re feeding lies,” Kohli said with coach Ravi Shastri by his side, who also termed the rumours as “nonsense”. Kohli insisted that his relationship with Rohit is fine.

“We’ve had no issues. If I don’t like somebody, it shows on my face. I have also heard a lot in past few days but if team atmosphere wasn’t good, we couldn’t have played well,” Kohli said. ALSO READ: Share great camaraderie with Ravi bhai, will be very happy if he continues as head coach: Virat Kohli

Kohli also spoke in favour of Ravi Shastri continuing as the coach of the Indian cricket team despite the criticism that followed their semi-final ouster from the ICC World Cup.

The Indian coaching staff, currently led by Shastri, was given a 45-day extension after their contract expired at the end of the 2019 World Cup in England.

“Well, the CAC (Cricket Advisory Committee) has not contacted me on this. But all of us share a great camaraderie with Ravi bhai and would definitely be very happy (with him around),” Kohli told reporters ahead of leaving for the West Indies tour.

The interviews of applicants for India’s head coach are likely to take place on August 13 and/or August 14. The deadline for filing the applications for the head coach and support staff is July 30. 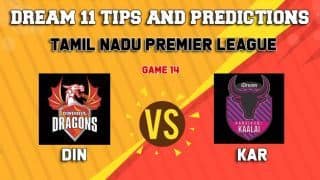