Flamboyant India batsman Rohit Sharma has smashed the record for the most number of sixes in Twenty20 Internationals during his innings of 67 in the second T20I against West Indies at Lauderhill in Florida on Sunday. Rohit, who hit Sunil Narine over deep midwicket in the 11th over to get to the record, was just two short of eclipsing the record in the shortest format of the game previously held by Chris Gayle. He now has 107 sixes in 96 T20Is.

Gayle has 105 sixes to his credit in 58 matches and is followed by Martin Guptill,who has smashed 103 maximums in 76 T20I matches he has played till now.

Rohit has been in the news for his alleged frosty relationship with captain Virat Kohli ever since India lost to New Zealand in the ICC Cricket World Cup 2019 semi-final. However, both Kohli and head coach Ravi Shastri have denied the reports with the India captain terming the rumours “baffling”. 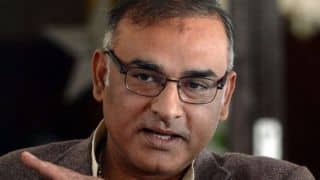 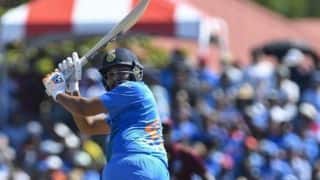