Following Kohli's 94*, which helped the hosts get over the line in 1st T20I, Sir Richards lauded the India captain with a special post saying: "Amazing. Just amazing, @imVkohli."

India captain Virat Kohli has garnered praise from cricketing greats and fans for his match-winning unbeaten 94-run knock against West Indies in Hyderabad, which powered the Men in Blue to an emphatic six-wicket win in the first match of the three-T20I series.

Meanwhile, the India skipper could reach another massive T20I milestone on Sunday. Kohli has amassed 975 runs in the shortest format at home and if he manages to score 25 runs here in Thiruvananthapuram, he would become the first Indian cricketer to complete 1000 runs in the T20Is at his own backyard.

Thanks big BOSS. Coming from you means a lot 🙏🏼

Speaking after the game in Hyderabad, Kohli had said: “I don’t want to change my game too much because I play all three formats. I just want to contribute in all three formats, that’s what I want to do. I don’t want to be a format specialist. When you are chasing a big total, there are a lot of distractions with the scoreboard pressure. But after a few dots, the game puts you in a position where you just have to hold your shape and play the shots.”

Also, Kohli now has 12 Man of the Match awards to his name in the T20I format –joint highest with Afghanistan’s Mohammad Nabi. Interestingly, Shahid Afridi holds the second position with 11 awards. 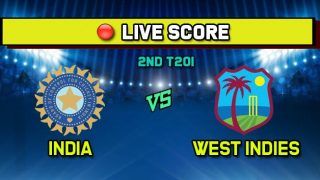 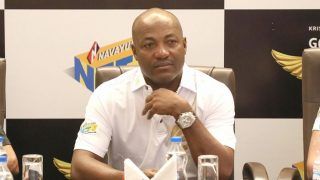 Brian Lara Opens up About Mental Health Issues, Says Experienced Feeling Of Despair Due To Pressure Of World Records