India played just a couple of overs, while chasing 144 to win in the second T20I against West Indies.

Lauderhill: The ICC will discuss the the 40-minute delay to the start of the second Twenty20 International (T20I) between India and West Indies on Sunday in its annual workshop for match officials next month. The delay at the start of the game, for “technical” reasons, robbed the match of a result with rain arriving two overs into the second innings. As the ground conditions were perfect at the regulation start time, the match would have been past the halfway mark of its second innings had it started on time. Only five overs in each innings are required to be bowled for a result in T20 matches. “At next month’s annual workshop, the match officials will be discussing a wide range of topics, including the second T20I in Florida,” an ICC spokesperson was quoted as saying on ‘ESPNcricinfo‘. Full Cricket Scorecard: India vs West Indies, 2nd T20I at Lauderhill

The ICC playing conditions have guidelines for delays for only three reasons: rain, poor light, unfit playing surface. India were robbed of a chance to level the series against West Indies. They managed to play just two overs of their innings, scoring 15 runs in the process. It takes five overs to make a T20I game and had India played three more overs, they may have won the match as well. They lost the first T20I by one run. READ: Play called off as rain plays spoilsport; WI clinch series 1-0

There were reports earlier about the players being consulted before taking the decision to delay the game by 40 minutes, according to an ICC spokesperson. “Technical problems” is said to be the cause of the delay. 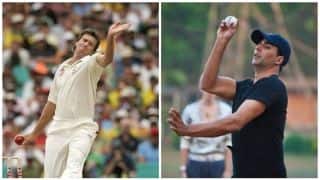 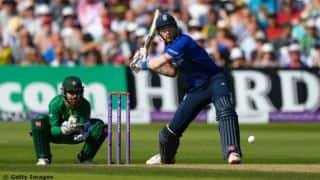