Lucknow is hosting an international match after 24 years.

Local curator at the Ekana Stadium in Lucknow, venue for the second Twenty20 International between India and West Indies on Tuesday, revealed that fans will not get to see a run fest.

Lucknow is hosting an international match after 24 years. India last played Sri Lanka in a Test in January 1994 when Navjot Singh Sidhu s 124 guided the hosts to a crushing innings and 119-run win over the Islanders.

“It won’t be a high-scoring game for sure. The pitch has long dead grass on both sides with cracks in between. It will be a slow bouncing wicket and spinners are expected to play a big part from the beginning,” the curator told PTI on Monday.

“The pitch is made of soil exported from Odisha’s Bolangir which is famous for its slow nature. Both the teams will find it difficult to score runs and hit big shots with long square boundaries,” he added.

The pitch at the Ekana Stadium has been prepared under the watchful eyes of BCCI chief curator Daljit Singh with the help of Uttar Pradesh Cricket Association (UPCA) curators Ravindra Chauhan, Shiv Kumar and Surendra.

Another curator, on condition of anonymity, felt that had curators used local soil to prepare the pitch, the surface could have better to score runs.

“The outfield is perfect and fast, but dew is definitely going to play a big part. The winter is setting in North India now and dew is going to play a big role from the first ball. So, the ball won’t be racing towards the boundary and the batsmen will have to do a lot of running,” the local curator said.

India beat West Indies by five wickets in the first of the three-match T20I series at the Eden Gardens in Kolkata in what was a low-scoring thriller. 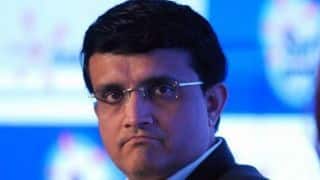 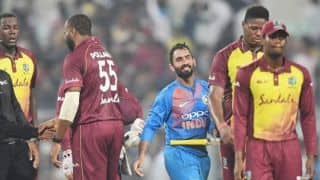