The West Indies have handed debut to slow left-arm spinner Fabian Allen and have left out Devendra Bishoo, the senior leg-spinner.

India skipper Virat Kohli won the toss and opted to bowl in the third ODI against the West Indies at the Maharashtra Association Stadium in Pune on Saturday. After a thrilling last-ball tie at Visakhapatnam, West Indies might have brooded over their result and will want to stretch that draw to a win. India, on the other hand, bolstered with the premier pace bowling duo of Jasprit Bumrah and Bhuvneshwar Kumar, will look to eke out a 2-0 lead in the five-match ODI series.

India have made three changes for this match. With Mohammed Shami dropped for the remaining three ODIs, India left out Ravindra Jadeja and expectedly brought in Bumrah and Bhuvneshwar along with young Khaleel Ahmed, who played in the first ODI at Guwahati and claimed one wicket. Umesh Yadav misses out as well.

Kohli said that bringing Bumrah and Bhuvneshwar back in the side was always part of the plan. “It was always the plan. We want the guys that are going to be part of the World Cup to play together as much as possible. That’s why announced the team for the first two ODIs. We wanted Bhuvi and Bumrah back for the third, Kohli said at the toss in Pune on Saturday.

Captain @imVkohli wins the toss and elects to bowl first in the 3rd ODI against Windies at Pune.#INDvWI pic.twitter.com/OTBoRAak5y

Kedar Jadhav, who earlier said that he had no clue about his omission from the squad for the remaining three ODIs after regaining match fitness, was included as an additional member on Friday for the fourth and fifth ODIs. Kedar [Jadhav] just needed to prove his fitness. Umesh misses out. Jaddu misses out. Shami has been replaced. Bhuvi and Bumrah are back. Khaleel Ahmed gets a game,” Kohli said.

The West Indies on the other hand, have handed debut to slow left-arm spinner Fabian Allen and have left out Devendra Bishoo, the senior leg-spinner. He’s [Fabian] very quick, exciting fielder and exciting with the bat as well,” Holder said at the toss. 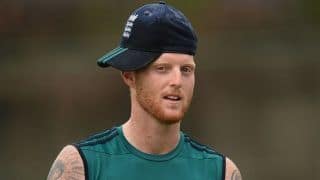