The last time India toured Zimbabwe, Ajinkya Rahane led the team to a 3-0 win in ODI's and 1-1 draw in T20I's.

Zimbabwe are set to undergo a week-long training as part of their preparation for upcoming series against India. The hosts will start preparing from May 30, and will have two different camps at Bulawayo and Harare. The Bulawayo camp will have 23 players including Elton Chigumbura, Hamilton Masakadza, Sikandar Raza and co. They will be overseen by head coach Dave Whatmore and bowling coach Makhaya Ntini. The Harare camp will have 10 players involved, and will be overseen by Zimbabwe A coach Douglas Hondo. The ODI series against India will begin on June 11, whereas the T20I games will start on June 18. ALSO READ: India announce squad for Zimbabwe tour

India will play 3 ODI’s and 3 T20I’s in during the tour. Their squad was picked on May 23, and involved huge number of changes from the one which played in T20 World Cup 2016. Only skipper MS Dhoni and Jasprit Bumrah were retained from the previous team. The likes of Virat Kohli, Rohit Sharma, Ravichandran Ashwin have all been rested. There were quite a few number of surprising selections as well, with uncapped Faiz Fazal, Rishi Dhawan, Jayant Yadav chosen.

Zimbabwe will be hoping for a good performance, after their failure to qualify for the T20 World Cup 2016. They will also hope to put a better show in ODI’s against India, having lost all their games the last time these two teams met. In 2015, India toured Zimbabwe and won the ODI series 3-0. But the hosts fought back in T20I series, which finished one each. In that tour, Ajinkya Rahane skippered the team. 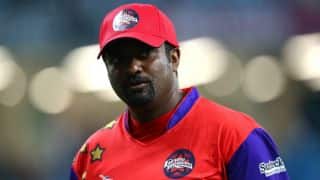