India Women bagged their consecutive victory in ICC Women s Cricket World Cup Qualifier 2017, defeating Thailand Women in Match No. 6 on Wednesday. Playing at Colombo Cricket Club Ground, Thailand elected to bat. They, however, managed to put up only 55 runs at the end of their innings. Thailand batters, who have not been in the best of forms of late, failed miserably against the Indian bowling attack and frequently kept on losing wickets. India then reached the target with ease, pocketing two more points in order to climb to the top of Group A.

Indian bowlers were at their usual best, despite the absence of veteran Jhulan Goswami. Mansi Joshi, who replaced Soni Yadav, emerged as the best bowler for India with 3 wickets, while Deepti Sharma, Poonam Yadav and Rajeshwari Gayakwad bagged a couple of wickets each. On the other hand, there was hardly any highlighting factor in Thailand’s batting performance. As a matter of fact, 12 runs came in extras, which is equal to the highest runs scored by a Thailand batter. Four batters went back for ducks, while only two could register double-digit scores as they were bundled out within 30 overs. FULL CRICKET UPDATES: India Women vs Thailand Women, Match 6 at Colombo

Captain Mithali Raj set her intensions clear, sending Harmanpreet Kaur and Thirush Kamini to open the batting. Both being hard-hitters, the move indicated that India wanted to finish things off as soon as possible. However, Harmanpreet was dismissed for 15 by Thailand skipper Sornnarin Tipoch. It, though, hardly affected the team s approach, as they achieved the target with 9 wickets and 37.2 overs in hand. 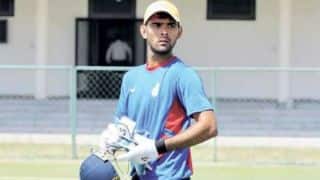 Mohit Ahlawat's triple ton in T20 does not suprise me, says coach 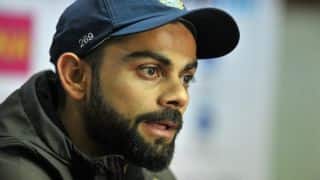