Vinay exit Karnataka at the age of 35 after 14 seasons, with a record 410 first-class wickets.

Former India seam bowler R Vinay Kumar has left his home state of Karnataka ahead of the 2019-20 Indian domestic season, choosing to join Puducherry as one of their professional players.

Vinay made his first-class debut for Karnataka in the 2004-05 season and played his last match for them in January 2019. His breakout seasons was 2007-08 when he finished the Ranji Trophy as the second-highest wicket-taker, and in 2009-10 he starred with 46 to help Karnataka to their first Ranji final in 11 seasons.

Vinay now moves to Puducherry, who in their maiden Ranji Trophy season in 2018-19 finished third in the Plate League. 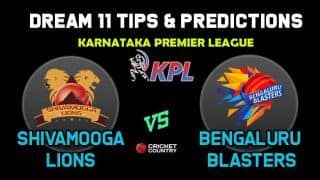