India will play their last group match against Hong Kong at the Salt Lake Stadium on Tuesday. The match is not of much importance now.

Kolkata: Former Indian football team striker IM Vijayan has heaped praise on youngster Sahal Abdul Samad by saying that the player will make the nation proud through his performances. Samad scored the winning goal in India’s last match against Afghanistan in the AFC Asian Cup Qualification Third Round match.

Sahal’s goal booked a spot in the 2023 AFC Asian Cup for India. He came off the bench during injury time and scored a wonderful goal in the 91st minute of the match. Vijayan believes that Sahal will go on to become of the most important players for India.

“Sahal is a source of pride for the younger generation of Indians. Sahal scored within seconds of entering the field at the most crucial moment. This is an example of a very good reflex action which is the most necessary thing in football. He is sure to rise in a way that will make Indian football proud,” stated Vijayan.

India will play their last group match against Hong Kong at the Salt Lake Stadium on Tuesday. The match is not of much importance now as the home side has already qualified for the AFC Asian Cup after Palestine defeated Philippines 4-0 in a group B match in Ulaanbaatar.

The result meant that the Palestinians directly qualified for the 24-team finals finishing as group B toppers, while Philippines, with four points, were eliminated despite finishing second. It is the first time India have qualified for the Asian Cup in two successive editions, having made a group league exit in 2019.

Vijayan also praised captain Sunil Chhetri who also scored a wonderful free-kick goal in the previous encounter. He remarked, “Sunil is a marvel. He is a personality and a player that all should emulate. His goal in the match against Afghanistan was of excellent quality.”

“All youngsters need to see and learn how easily he handles open chances. I laugh when the media asks about his retirement. With such a level of fitness playing with such sincerity, he still has a lot to gain. As the Indian team coach said, he still has a lot of goals left to score. One of them could be from the World Cup,” Vijayan concluded. 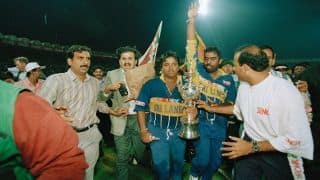 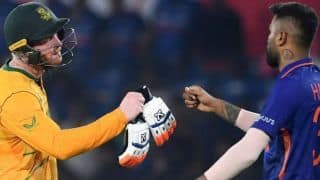