Indians leave everything for the last minute: Shane Warne on why Cricket All Stars with Sachin Tendulkar failed

Indians leave everything for the last minute: Shane Warne on why Cricket All Stars with Sachin Tendulkar f

Three matches were played in the tournament that saw legends grace US baseball fields.

Sachin Tendulkar and Shane Warne’s combination proved fruitful when the duo launched the Cricket All Stars, a tournament that consisted of legends, in the United States in 2015. The tournament failed to kick off after the first edition and Warne, in his autobiography No Spin, revealed that their relations took a hit, which was a major reason why the tournament fizzled out.

Three matches were played in the tournament that saw legends such as Kumar Sangakkara, Brian Lara, Glenn McGrath, Sourav Ganguly, Saqlain Mushtaq among other grace the baseball fields. The matches were officiated by Elite umpires Marais Erasmus from South Africa, and Simon Taufel and Steve Davis from Australia.

Writing in his autobiography, Warne said that while Tendulkar took care of the finances of the event, the Aussie was not so pleased with the Indian icon’s staff who were brought on board to manage the tournament.

“Sachin had this guy there, Sanjay, who was very much a mentor and business advisor. I explained my concept and gave them a slide show. They loved it and flew in a guy called Ben Sturner from America [Sturner is the CEO of a sports management company]. Sachin was adamant that his team of people run the whole thing,” Warne wrote in his book, according to a report in PTI on Thursday.

“I said, ‘Well it’s my idea. I know I can get the best players and I am prepared to go 50-50 with you. I suggest we pay experienced people to organise it and appoint two from each of our camps’.

“Sachin said, “No I have to have Sanjay and Ben.”

“I was uneasy with that but remained sure Sachin and I together would make it work, so I agreed. At the next meeting, he brought a couple of other guys along who seemed efficient and on the ball.

“I figured, okay, I have known Sachin for 25 years and he’s done unbelievably well off the field, so he must have the business side of his life well organised. Relax and go with them,” Warne recalled.

Warne regrets the entire situation. “The organisation was not as it could, or should, have been, which was a real shame. They were decent guys, but the event got too big for them,” Warne wrote about Tendulkar’s team.

“The truth is, if you ask me, that they didn’t do the pitch/ground deal quite right and fell foul of that old line of the devil being in the detail of the contract. This, along with other small and important aspect of a top level event… was all very last minute and not slick as I had wanted.”

Warne even went to the extent of blasting Indians’ mindset and said that people from the country leave everything for the last minute.

“I think it’s because Indians leave everything so late, which they can make work at home, but it’s not easy to pull off in someone else’s country. Each day felt like they were flying by the seat of their pants and I didn’t like that at all.

“Sachin got onto a guy called Raj, who, strangely, I knew a bit from poker and he came in at the very last moment, saving the day with his organisational skills and, most importantly, paying a heap of outstanding bills that helped us to go ahead,” Warne wrote.

Warne admitted the Tendulkar was adamant that he had his men on the board, despite the leg-spinner suggesting ways out.

“When we eventually met for a debrief, the first thing I said to Sachin was that size of the events overwhelmed a couple of his guys, Sanjay in particular, and that we’d be better employing others for event management. He took offence at that, which was fair enough.

“I suggested, we find an independent agent while at the same time offering my own manager, James Erskine, as an option to broker it all, because he’d previous success staging events in the entertainment industry.”

“At the very least I said, let’s go with the two and two idea I had at the beginning.

From there, the Warne-Tendulkar cookie began to crumble. “I rang him immediately but got nothing. In fact, for a couple of months, he wouldn’t take my calls. I later found out he was under the impression that I was trying to do it without him, but my instinct was to give him benefit of doubt on that one – there were a lot of jealous people out there, happy to turn us against each other, I thought.”

“One of the players told me he was actually signing with Sachin, which caught me off guard. I said, “that’s cool, he has the right to do exactly as he wants as do you. But it can’t be under the All Stars banner, that’s mine,” he wrote. 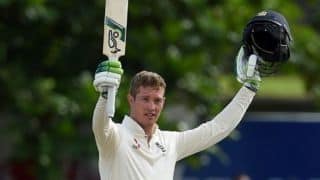