India's bowling could hamper them in ICC World Cup 2015: Arjuna Ranatunga
By Press Trust of India

Former Sri Lanka captain Arjuna Ranatunga feels India might find it difficult to defend their World Cup title in 2015, scheduled in Australia and New Zealand, due to the team’s weak bowling resources.

“India look very strong in their batting, but I don’t know whether their bowling is good enough to win a World Cup,” he said on the sidelines of the Wills Realtors event in Mumbai on Thursday.

The 1996 World Cup-winning captain said young Indian batsmen have proved themselves in the shorter formats but need to perform well in Test cricket in overseas conditions.

“When I saw Rohit Sharma a long time back, I was wondering why he is not playing in Test matches. I feel he is one of the most talented cricketers I have seen. Even Virat Kohli is a talented cricketer. Batting wise, I am sure India is strong with the left-handed [batsman] Shikhar Dhawan. India is struggling with bowling.

“The important fact is that they need to go out and win games. The testing part will be playing in South Africa, playing in England, playing in Australia and not in the sub-continent. It is important to win matches at home but you are tested when you go out,” he said.

The 49-year-old also felt that the other sub-continent team Pakistan too would find it difficult with its frail batting line-up.

“Pakistan’s bowling looks good but the batting is still not good enough to win titles,” he said.

Former Sri Lanka pacer Chaminda Vaas felt that India has produced good fast bowlers but many are not getting the opportunity.

“But the guys who have been given a chance, they have done extremely well. They have taken from both ends and done really well,” he said.

Sri Lanka selector and former captain Sanath Jayasuriya said the Indian batting order is formidable with the top six players in good form and are capable of chasing a huge target.

“As a batting unit, they are doing well. That is the key. Even if the openers are not playing well, the other six batsmen are in good form. That is the key. There is no problem chasing even 300 or 350, we have seen in the last few games, they are chasing quite comfortably,” he said.

Jayasuriya, who made the transition from a middle-order batsman to an opener, said India’s decision to open with Rohit was the right thing.

“Rohit was in the team. Everyone knows that he is a talented cricketer but you all couldn’t get the maximum out of him. He went through a really bad period and went out of the team and finally they got him to open. I don’t know who got him to open but they did the right thing,” he said. 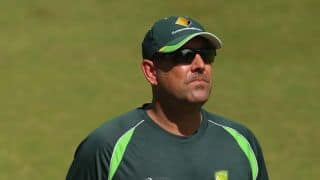 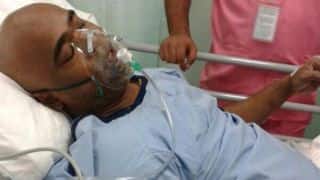