The former India women's captain however did not reveal the amount that was going to be given to the team.

We have got the disabled cricketers into our Constitution, so you will be part of BCCI now. We are honouring all the players. Not only the players, but in our last meeting in Delhi two days ago, I requested that the support staff and the association has to get something (some monetary benefit),” Edulji said at an event organised to felicitate the team at the Mumbai Cricket Association s (MCA) BKC Academy.

The former India women‘s captain however did not reveal the amount that was going to be given to the team. “This is (just) the beginning, play well, play hard and play to win. As member of the CoA appointed by the Supreme Court, Mr (Vinod) Rai is the chairman and now we have (retired left) General (Ravi) Thodge, the three of us are looking more at the angle of players benefit, she said.

The players have to only concentrate on performing on the ground and everything else is being looked after. We are seeing to it that these policy matters are framed in our Constitution so that they cannot be changed after we hand over the reins on October 22 if the elections happen (on time),” she said.

The winning team along with the entire support staff were felicitated by Union Minister for Road Transport and Highways Nitin Gadkari, who assured the team that he will take up their issues with the concerned cabinet members. 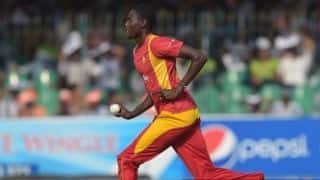 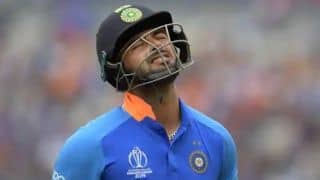 Really worried for Rishabh Pant because the way he is playing is really alarming: Rajkumar Sharma