As a reward for helping his team cross the finish line, Kolkata Knight Riders (KKR) skipper Gautam Gambhir on Monday gave away his IPL Man-of-the-Match award to youngster Debabrata Das. 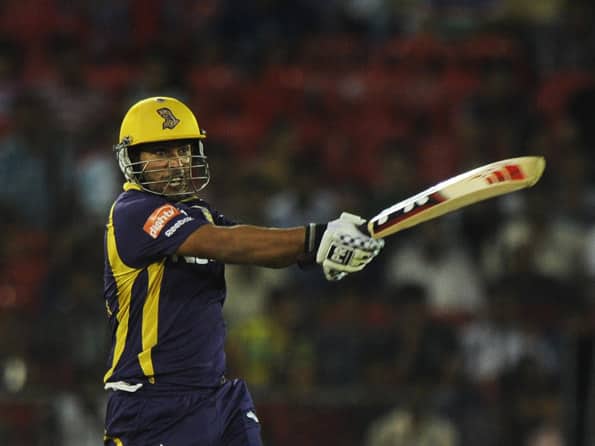 As a reward for helping his team cross the finish line, Kolkata Knight Riders (KKR) skipper Gautam Gambhir on Monday gave away his IPL Man-of-the-Match award to youngster Debabrata Das.

Gambhir was chosen for the award for his 52-ball 63 that brought the Knight Riders withing sniffing distance of victory in their Indian Premier League (IPL) match against Chennai Super Kings (CSK) in Chennai.

“My MoM is Debabrata Das, to be honest it’s not about how you start, its about how you finish. He is a star in the making, one to look out for,” Gambhir said of Das, who smashed Ravichandran Ashwin over mid-wicket to take KKR home.

Gambhir praised the bowlers, who restricted the Super Kings to 139 for five at the M A Chidambaram Stadium.

“Felt good, Chennai fought well, but our boys did a good job restricting them to 139.

“We know we have a lot of potential and quality, we need to a complement each other.”

CSK skipper Mahendra Singh Dhoni said the pitch is not helping their batsmen.

“The surface is not allowing us to play our strokes. It is not as if the pitch is bad but it is not suiting our strategy. It is not letting us play the big strokes,” Dhoni said.

“A bit of rolling, bit of grass can be done… it can’t be tailormade,” he added.

Dhoni also urged his spinners to do better.

“The spinners need to come into their own, most teams are doing well because of their spinners. Spin department needs to come in… of course the fast bowlers needs to contribute.”

As far as picking Michael Hussey was concerned, Dhoni said, “Hussey did well, got run-out so that wasn’t a bad decision.

Hussey just returned after playing in a Test series in the West Indies.

Das said Gambhir is his mentor.

“Feeling great…the seniors are giving me a lot of confidence and supporting me, Gambhir’s my mentor.” (PTI)