Kolkata Knight Riders skipper Gautam Gambhir was livid with his top-order batsmen after the eight-wicket loss to Delhi Daredevils and blamed their flopshow for the team's debacle in its rain-truncated IPL opener. 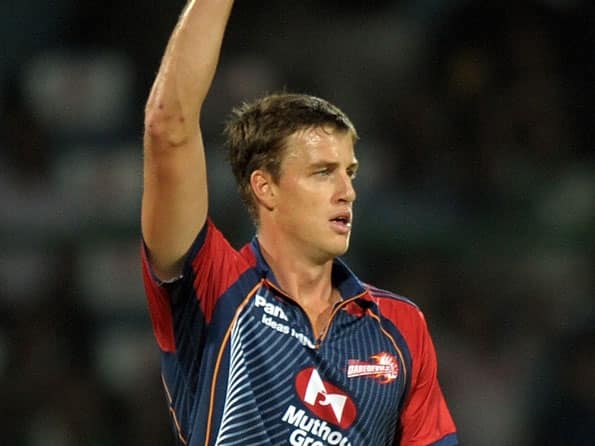 Kolkata Knight Riders skipper Gautam Gambhir was livid with his top-order batsmen after the eight-wicket loss to Delhi Daredevils and blamed their flopshow for the team’s debacle in its rain-truncated IPL opener.

Morne Morkel struck twice in successive balls as the Delhi franchise reduced the Kolkata’s top order to 20 for 3 and restricted the hosts to 97 for 9 after a two and half hours delayed start.

Daredevils rode on a 20-ball unbeaten 42 by man of the match Irfan Pathan for an eight-wicket win with five balls to spare in a match that ended well past midnight.

Asked whether rain played a decisive role, Gambhir said: “Not really. It was still a close game. But toss was never really in our hand. It’s always difficult when you lose three wickets with 20 runs on board.”

Gambhir, however, counted on the positives like Bengal youngster Debabrata Das’ sparkling innings of 18 runs from nine balls studded with two sixes.

“He (Debabrata Das) batted well at the nets. We knew he had the potential. Hopefully he can take this form forward.

Laxmi Ratan Shukla too is in great form. We hope to take the positives. We hope to learn from the mistakes.”

On whether he was satisfied with the wicket, Gambhir said: “There is always a lot of talk about the wicket. But it was a good wicket which can be assessed from chasing 97 runs from 12 overs. They played well.”

He, however, said toss was not a factor.

“Toss can never be a factor. If you play good cricket, toss cannot be a factor. After losing four quick wickets, we did well to get to 97. It was a great effort. But they played some smart and quality cricket.”

“I would have opted to bowl (after winning the toss). But there are certain things which are not in your hands.” (PTI)