Delhi Daredevils might be missing the services of some of their key players but Kolkata Knight Riders coach Trevor Bayliss today made it clear they are not going to take the visitors lightly in their opening match of the fifth Indian Premier League here tomorrow. 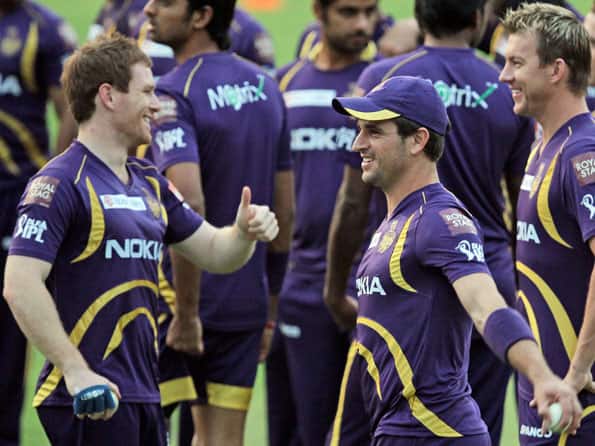 Delhi Daredevils might be missing the services of some of their key players but Kolkata Knight Riders coach Trevor Bayliss made it clear they are not going to take the visitors lightly in their opening match of the fifth Indian Premier League here tomorrow.

The Delhi side will not get the services of New Zealand skipper Ross Taylor, who broke his arm while playing third Test against South Africa and India speedster Varun Aaron who is recovering from a back injury.

The likes of Mahela Jayawardene, Kevin Pietersen and David Warner are also missing from the Daredevils roster as they are busy playing for their respective countries.

But the Knight Riders think Virender Sehwag-led Daredevils have the team to spring a nasty surprise.

“We don’t want to take them easy because they don’t have few players. We might get a nasty surprise. They are still a very good side and more than capable,” Bayliss said.

The Aussie said the first couple of weeks of the tournament would be crucial.

“It’s important to get a good start so we go into the rest of the tournament with confidence. Any team can win on any day in this format,” he said.

The Australian, who coached Sydney Sixers to a title triumph in the Australian T20 Big Bash League, said KKR camp has a similar ‘family feel’, something that promises to help the side in the long run.

“Both teams have a family feel. Everyone gets on very well. It becomes very much a team effort. In a good environment, players are able to produce their best,” he said.

Bayliss, who also coached Sri Lanka to their runners up finish in the 2011 World Cup, however, said playing for the country is ultimate.

“IPL may not have quite as much a pressure as an International match. After all you are playing for your country, that’s the ultimate. IPL is more of excitement and the razzmatazz where everyone likes to be get involved.”

Bayliss said Kallis who joined the squad this morning and turned up for practice would be available for selection.

Bayliss said the Knight Riders were not intimadated by Daredevils’ threatening pace attack.

“We have got good batters. I think it will be an even game, a good spectacle for the Kolkata fans. We are expecting a close battle,” he said.

Asked about the Pathan brothers battle in the match, Bayliss hoped that the elder one (Yusuf) comes out on top on the morrow.

The 49-year-old further said that choosing four foreigners would be a difficult task.

“It’s going to be very difficult. But it’s a good position to be in. There are a number of guys who will be unlucky to be missed out. But it’s a long tournament.” (PTI)

IPL 2012: Umpires to crack down on chuckers