England batsman Eoin Morgan believes that every outing in the Indian Premier League (IPL) makes him a better player. 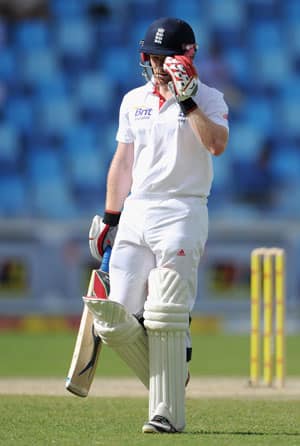 England batsman Eoin Morgan believes that every outing in the Indian Premier League (IPL) makes him a better player.

“From my experience there, in the IPL, over the last three years, I have always come back a better player,” Morgan told Telegraph.

The Kolkata Knight Riders (KKR) player was benched for the entire tournament before being released after KKR managed to qualify for the playoffs.

“But because I was maybe two or three places off playing a Test, which was a bit of surprise to me, I decided to go to the IPL, and spend some time working on my game,” he added.

Morgan has had a poor run of form lately for England. The number six position was shared by Ravi Bopara and Morgan in the last few months before Bairstow made his debut.

“Me and Ravi have duelled for a place for the last two years now. I had it in my hands and didn’t do well in Dubai and I thought Ravi would be the next person in. Obviously he wasn’t.”

“It was strange to see Samit play in front of him. Looking towards the future Bairstow has it in his hands and we go from there. It could be anybody’s after that,” Morgan concluded.