Both Mumbai Indians and Deccan Chargers captains on Monday said that there was no bad blood left among the players in the controversial dismissal of home side skipper Kumar Sangakkara in their IPL match. 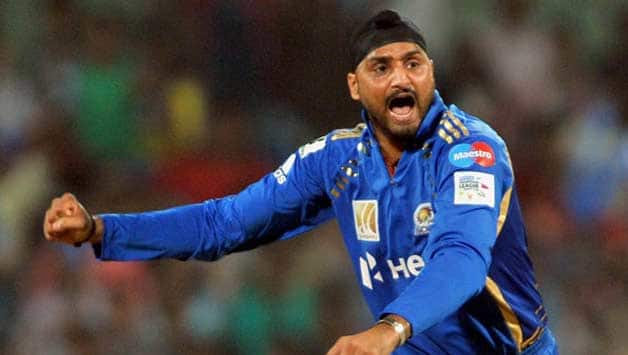 Both Mumbai Indians and Deccan Chargers captains on Monday said that there was no bad blood left among the players in the controversial dismissal of home side skipper Kumar Sangakkara in their IPL match.

The match was marred by controversy with Mumbai captain Harbhajan Singh having a heated and prolonged argument with the field umpires after Sangakkara was not given out in the 13th over of home side innings.

Sangakkara dragged the ball onto the off-stump with the bails dislodged and the ball hit wickets for the second time after ricocheting from Mumbai wicketkeeper Dinesh Karthik.

A heated argument followed between Harbhajan and the field umpires with Munaf joining in and play stopped for more than five minutes. Harbhajan was seen arguing with the umpires in an aggressive manner, apparently telling them why they did not refer the decision to the third umpire.

The field umpires, who apparently thought the ball hit wickets after coming off from Karthik’s pads, eventually referred the decision to the third umpire who gave Sangakkara out as expected.

“We have moved on. It is closed now. I have checked with my wicketkeeper (Dinesh Karthik). The correct decision was taken at the end,” Sangakkara said after his side lost by five wickets in a thriller.

“We were very sure that the ball had hit the off-stump first. Our point was that if they (umpires) were not sure they should refer the decision to third umpire early before ruling the batsman not out,” Harbhajan said.

“We all want to play fair game and eventually it was referred to the third umpire and correct decision was taken finally. So it is no issue now,” he added.

Harbhajan felt his side should have finished the match early without leaving it in the last over.

“We were right under the target. We knew that the boundaries were short and later on the bowlers would be under pressure. We have got the batsmen who can clear any boundary. We should have finished it a little earlier.”

Sangakkara rued his side were 15-20 runs short while batting.

“We were probably 15-20 runs short. Rohit batted brilliantly. Mishra, Steyn and Sharma bowled well. Dan Christian was left with a tough job in the last over,” he said.

Man-of-the-match Rohit Sharma said that staying calm in the last over was the key to his success.

“The idea was to stay calm. That is what I have been doing for India. When Franklin came in, we needed 19 runs in the last over. I knew we could do it in the end. The dive on the second last ball was what saved us. We needed this win very badly. We lost the second game and needed to win this to gain momentum.”