Royal Challengers Bangalore will be clutching at the last straw and fighting for survival when they host the Chennai Super Kings in the South-East derby of the Indian Premier League (IPL) at the M Chinnaswamy Stadium on Saturday. 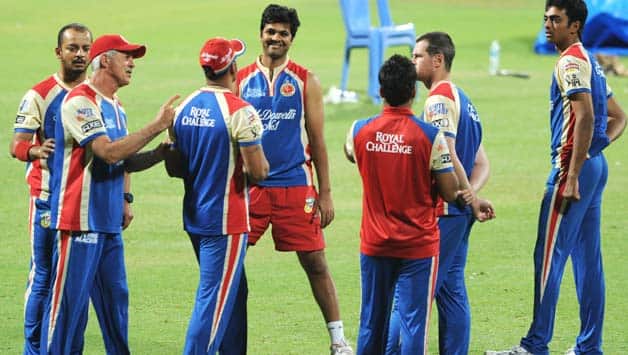 Royal Challengers Bangalore will be clutching at the last straw and fighting for survival when they host the Chennai Super Kings in the South-East derby of the Indian Premier League (IPL) at the M Chinnaswamy Stadium on Saturday.

It’s a three-horse race for the fourth spot in the points table with Bangalore (16 points) fighting it out with Sunrisers Hyderabad (16 points) and Kings XI Punjab (14 points). The Sunrisers are best placed to make it to the playoffs, having played a game less than their competitors at the time of writing. If the Hyderabad franchise wins their match against Rajasthan Royals on Friday evening, Bangalore will be all but out of contention.

Nonetheless, Virat Kohli’s men will look to give it their best in their last league game of the season. Having endured a thorny road trip where they won just one out of six consecutive away games, RCB also lost to KXIP in their last match at home to make things difficult for them. Now, fighting for two points that will keep them alive till Sunday at least, up against them are their neighbouring rivals CSK, who have already qualified and one of the favourites for the title.

RCB’s last three losses have all come after batting first. While the powerpacked batting line-up of Chris Gayle, Kohli and AB de Villiers capitulated against Punjab and managed just 115 on the board, the other two games saw them post a total in excess of 170 and still failed to defend it. The RCB bowling attack, who had begun the tournament so well with Vinay Kumar, Jaydev Unadkat and RP Singh being among the top wicket-takers, have floundered in the last month or so. Perhaps it would bode well for Kohli to chase if he wins the toss this time.

As for Chennai, they would like to end with a win and boost their chances of finishing in the coveted top two, giving them the opportunity of making the finals after just one more game (Qualifier 1). After powering through most of the league phase with emphatic wins, including a string of seven straight victories, CSK were derailed by Mumbai and Rajasthan, before beating a hapless Delhi by 33 runs in their last match.

Chennai have the most settled combination in the tournament and would not look to make many changes to their line-up. RCB, on the other hand, need to get their bowling combo right if they want to end on a high and avoid  the drama of their last encounter, which ended in an agonising defeat after being in the driver’s seat for most of the match. CSK have a 8-5 lead in head-to-head encounters with RCB, proving the complexity of the task ahead for the hosts. 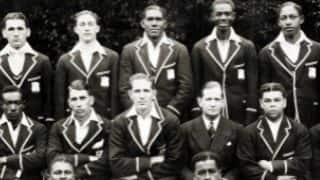 Leslie Hylton: Only Test cricketer to be hanged