Shukla wasn't bought back by the KKR.

Bengal captain and their star all-rounder, Laxmi Ratan Shukla has been sold to the Delhi Daredevils for INR 1.5 crores during the IPL 2014 auction.

The Bengal captain was a part of the Kolkata Knight Riders setup for all these years of the IPL. But after retaining only Gautam Gambhir and Sunil Narine prior to the auctions, the KKR management to decided to let go of Shukla after DD outbid them to buy the all-rounder.

Delhi raised a bid of Rs 1 crore against his base price of Rs 50 lakh first, KKR outbid them, but then DD raised the bid to Rs 1.5 crores. And KKR didn’t chase him after that. 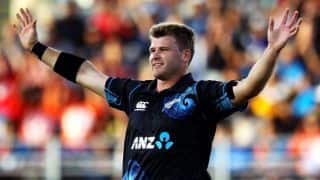