The sealed bids received by the BCCI are to be opened at the meeting.

Mumbai: The Board of Control for Cricket in India (BCCI) has convened meetings of its Marketing Committee and Indian Premier League (IPL) Governing Council in Mumbai on Tuesday.

“Marketing and GC meetings have been convened for awarding digital rights and approval of matters relating to IPL,” BCCI secretary Sanjay Patel told PTI. The Board had issued invitation to tenders for awarding the digital rights (global internet and mobile telecast rights) for IPL over the next fours years.

The sealed bids received by the BCCI are to be opened at the meeting of the Marketing Committee headed by Amitabh Chaudhary. Star India, Sony, Times Internet and YouTube have evinced interest in acquiring the rights, news reports have said. BCCI has decided to conduct the next IPL player auctions in Bengaluru on February 16 and the GC, headed by Ranjib Biswal, is expected to hold discussions on the upcoming auctions and other related issues. The next IPL is scheduled from April 8. 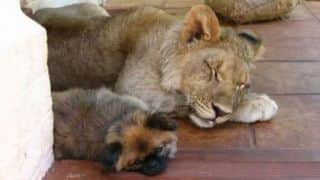 When Brendan Taylor chose to play with the lions