Mumbai: His whirlwind 61 not out might have led Mumbai Indians (MI) to a crucial five-run win against Kolkata Knight Riders (KKR), but Hardik Pandya paid encomiums to fellow all-rounder Kieron Pollard for bowling a match-winning last over to keep the teams play-offs hopes alive in the IPL cricket tournament.

Put into bat, MI rode on Pandya’s 31-ball knock, laced with 8 fours and 2 sixes, to post 171 for four in 20 overs. The Rohit Sharma-led side then stopped Kolkata Knight Riders from running away with the target as Pollard gave away just 6 runs in the final over of the match. READ: Ricky Ponting’s words mean a lot to me, says Hardik Pandya

“It must be Pollard’s bowling. Yusuf [Pathan] was playing and was on strike. He got him out first ball and then did not allow a boundary hit in the over, or they [Kolkata Knight Riders] could have won. This last over was more important than my innings as the entire match’s result was [based] on this over,” Pandya said in the post-match presser.

The defending champions needed 12 off the last over with Yusuf Pathan, batting on a fine 52, when Pollard, given the ball to bowl for the first time in this match, got the set batsman out on the very first ball and sealed the win for his side. MI still need to win their final game against Sunrisers Hyderabad (SRH) to seal the final-four spot and Pandya is confident about the team’s chances.

“We are quite happy. The atmosphere is pretty good, positive. If we get the next win we can qualify for the play off. This was very crucial for us everyone knew it, individual, as well as team, that we have to win this,” said the 21-year-old all-rounder. READ: Shakib Al Hasan unhappy to not provide finishing touch for Kolkata Knight Riders against Mumbai Indians

Asked about his unbeaten 92-run fifth wicket stand with Pollard [33 not out off 38 balls], who played the sheet anchors role to perfection, Pandya said the giant West Indian had encouraging words to say to him.

“He [Pollard] was enjoying the thing. Just before I went for batting he said ‘you can take your time like I do because you can cover up later.’ He was praising me, saying ‘you are doing well’. Pollard needed to stay till the end and that’s why I had to take charge and I started playing my shots.

“I was quite happy because you don’t get many chances to see Pollard standing opposite end and someone else hits. Ours was a match winning partnership which we needed [at that point] and got it.” READ: Gautam Gambhir blames his bowlers and fielders

“I always play like this, that’s my natural game and that’s the way I have played throughout my career,” he added about his blitz,” said Pandya about his blitz.

Asked how he and the team confidently defended the total of 171 after the bowling attack took a pasting from Royal Challengers Bangalore (RCB)’s AB de Villiers in the previous lost game, Pandya recalled that the bowling had been good for most part of the tournament.

“Forget the last game, the way we are bowling I thought this score was pretty defendable. We were quite confident and knew we had to bowl line and length.

“I was just focusing on what I can contribute as an individual for the team. I am trying to do as well as I can in bowling, it will come,” said Pandya about his own bowling, which was taken to the cleaners by de Villiers when he conceded 51 runs in just three overs. 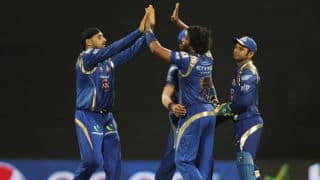 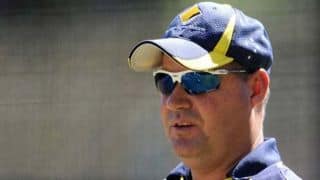