Simon Taufel feels officials from India are close to making the exclusive group again thanks to the Cricket Board's effort.

New Delhi: India may not have had an umpire in the ICC elite panel for more than a decade but celebrated Australian Simon Taufel feels officials from the country are close to making the exclusive group again thanks to the Cricket Board’s efforts. Taufel, the winner of ICC’s best umpire award from 2004 to 2008 before he called it a day in 2012, is in the country to conduct a match officials’ workshop ahead of the IPL2015 starting April 8. IPL 2015: Johan Botha says he is ready and raring to go

Currently the ICC’s umpire performance and training manager, Taufel said India, whose last representative in the elite panel was S Venkataraghvan (1993-2004), are close to having one again. “It takes a long time to produce Test level and elite umpires. It takes a lot of investment, support programmes and development, just like it takes to produce top-level cricketers. I cannot tell you why we haven’t had many Indian umpires in the ICC Elite Panel but I know that we are close,” Taufel told iplt20.com. IPL 2015: Sunil Narine skips practice again for KKR

“I am pleased to see that the BCCI is producing a really, really strong pool of first-class umpires. We will see the cream rise up to the top-level,” he said. The Australian said Indian officials are gaining international exposure like never before and this will ensure their presence in the elite panel soon. “There is no doubt that more and more Indian umpires are getting opportunities at the highest level. We have undertaken exchange programmes with them, they are getting opportunities at World T20 events and we have had them in the World Cup as well,” he said.  Rahul Dravid: Ranji Trophy can become players’ ticket to Indian premier League (IPL)

“Last year we had an Indian umpire officiating in the IPL final for the first time. We are making progress. All the work we are putting in is producing results, and that is important,” Taufel added. Talking about umpires and the challenges they face in general, Taufel conceded that the job is mentally draining and the world body is introducing mechanisms to deal with it.  IPL 2015: BCCI to hold two-day workshop for match officials

Taufel said, “For the ICC Cricket World Cup 2015 preparation we engaged a sports psychologist in Melbourne to help the umpires stay in the present, keep a clear mind and be more self-aware when they start to get a bit distracted. We live in an age where an umpire has his decision dissect in front of him and he gets an instant feedback on whether he has got it right or wrong. So, mentally, their game is incredibly tough now. I have no doubt that an umpire’s job is primarily mental. He needs to be mentally strong, confident to do the right thing and have skills to deal with different personalities,” he concluded. 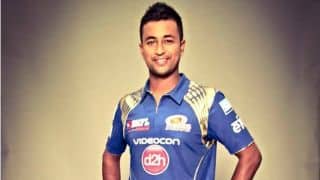