The KXIP spinner said that they prepared for 'out of the blue' situations like all the other teams.

“Yes, it is true that if Mumbai Indians had one more over to go, results may have changed in their favour. But if you see, such is the format of this game, that every year we see 4-5 matches where teams pull off improbable wins or lose from a situation when things are firmly under their grip,” Karanveer told PTI on Tuesday.

Commenting on Harbhajan Singh‘s 24-ball 64 against KXIP at Wankhede on Sunday, Karanveer said that his team, like other teams, prepares for such unexpected scenarios. READ: Kings XI Punjab vs Mumbai Indians Highlights

“During our training schedules, team meetings, we discuss about such situations and how we to deal with them,” the 27-year-old said.

Chasing 178 for victory, Mumbai were tottering at 59 for the loss of six wickets in the 14th over when Harbhajan’s blistering innings helped them reach close to the target and finish at 159 for seven. READ: George Bailey feels KXIP were the deserved winners

Having lost their first match against Rajasthan Royals and won the subsequent one against Mumbai, KXIP meet Delhi Daredevils in their next encounter at Pune on Wednesday.

“We cannot take any team lightly. Delhi is a good side and they have lost two close games [against Chennai Super Kings and Rajasthan Royals]. We will play to our strengths,” said Karanveer. READ: Poor shot selection cost us the game, says Rohit Sharma

Praising his captain George Bailey, who has been in good form, Karanveer said the skipper always remains “calm and composed even under trying and pressure situations, which helps him take balanced decisions”.

“You can give your best performance when you stay cool and relaxed. When there are pressure situations, he backs us and guides us,” he said.

Glenn Maxwell, star of their campaign last season, is yet to fire in the ongoing edition.

Karanveer said that it is just a matter of time before one sees a big knock from Maxwell.

Asked if KXIP has any special plans to counter Yuvraj Singh, the team’s former player who is now Delhi’s star player, Karanveer said that, “Yuvi paaji is one of the world’s best player. He is strong in mid wicket and leg side area. We will try to bowl minimum balls in his strong area”. READ: Harbhajan Singh ready to bat at any position

With T20 format keeping bowlers up on their feet, Karanveer said that “bowling in T20 is a challenge. But we keep our plans ready and on occasions try to keep batsmen guessing”.

As title still eludes KXIP, whose best performance was reaching the finals last year, he said, “winning the trophy is our ultimate goal. We cannot control the past, but we will give our best shot to make it happen this year”. 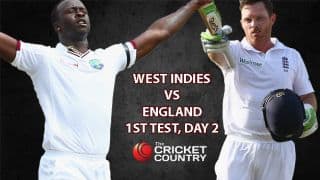 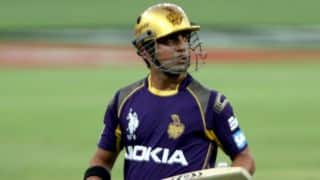