Pune and Rajkot are the new franchises entering IPL 2016.

Pune and Rajkot are the new franchises to have entered the Indian Premier League (IPL) for the next two editions, replacing suspended franchises Chennai Super Kings and Rajasthan Royals. The two teams won their respective teams via ‘reverse bidding’ process at auction which was held in Delhi during the IPL’s governing council meeting on Tuesday. It was a walk-in bid and there were approximately over 21 companies. The list had included some big Indian firms like broadcaster Star India, telecom company Vodafone, Chennai-based cement major Chettinad, Indian consumer electronics company Videocon. They had bought the invitation to tender document worth 2 lakh. READ: IPL 2016: Pune, Rajkot win bids for two new franchises; to replace Chennai Super Kings and Rajasthan Royals

According to ESPNCricinfo, IPL Chairman Rajiv Shukla had stated that the base price for the reverse bid from the central revenue pool is Rs 40 crore. The investor who bids for the lowest share of the amount of Rs 40 crore from the pool will emerge as the successful bidder.

Since the new franchises are brought in the league only for two years, the format of reverse bidding is being used. The investor who bids the lowest price that is lower than the base price of Rs 40 crore, will eventually bag the ownership rights of the new franchise. This means the Indian cricket board will pay a maximum of Rs 40 crore from the central revenue plan to the new owner. For example, if a potential owner lists a bid price of Rs 25 crore, the BCCI will save Rs 15 crore.

A BCCI official suggested that the using of reverse bidding process was a pure “business call.” He added, “As far as the economics is concerned, BCCI’s central revenue is a substantive amount and far higher than the franchise fee for the original eight franchises, of which six of them are standing. So, it didn’t make sense for us to put a tender out, putting a reverse price and ownership for two years.”

The BCCI will not charge the two new owners any franchise fee, unlike the other six teams that have been paying a fee since 2008. 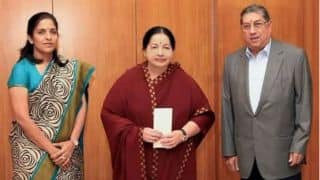 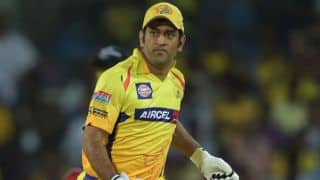