The 26-year-old also named veteran seamer Praveen Kumar as someone who he looked up to as he grew up, but stressed that Pakistan bowling legend Wasim Akram is someone whom he would like to work with in the near future

Blessed with the ability to swing the ball both ways, India’s promising seamer Bhuvneshwar Kumar has credited veteran pacer Ashish Nehra for mentoring him and sharing valuable tips. The Uttar Pradesh seamer, after being in and out of the national side, has finally found his rhythm in the cash-rich Indian Premier League (IPL), claiming 10 wickets from seven matches. And he has praised old warhorse Nehra for guiding him the right way. The duo currently plays for IPL franchise Sunrisers Hyderabad (SRH). FULL SCORECARD: Sunrisers Hyderabad vs Gujarat Lions, IPL 2016, Match 34 at Hyderabad

“Getting to learn a lot from Nehra. I have played alongside him in the India jersey for one or two months. Now am getting to learn a lot from him in IPL; he is a bowler who keeps sharing his experience with others and that helps a lot. If I do something wrong, he comes up and guides me in the right way and the tip he shares is very helpful. I have enjoyed playing alongside him,” Bhuvneshwar told IANS in an interview.

The 26-year-old also named veteran seamer Praveen Kumar as someone who he looked up to as he grew up, but stressed that Pakistan bowling legend Wasim Akram is someone whom he would like to work with in the near future. ALSO READ: SRH vs GL, IPL 2016, Match 34 at Hyderabad: Likely XI for SRH

“Praveen Kumar has been my idol, one whom I have looked up to. We have quite a similar bowling style. I have watched him a lot both in international cricket and in Ranji Trophy as well. Wasim Akram is one of my favourite bowlers when it comes to bowlers outside India. I would want to work him someday soon,” he said.

Sunrisers Hyderabad have iconic former cricketers Muttiah Muralitharan and V.V.S Laxman as bowling coach and mentor, respectively. Speaking on the presence of legendary duo in the SRH dressing room, he said, “When it comes to Laxman, at the start of IPL, the first two matches I did not bowl well, I went for plenty. He came to me and gave me confidence and told me not to worry and give my best. He boosted me up and has given me lot of confidence on how to perform well in the next matches. He has had a great role in the Hyderabad side.” ALSO READ: Yuvraj Singh set to return for Sunrisers Hyderabad in IPL 2016 match against Gujarat Lions

“When you talk about Murali, he is the bowling coach. He wants and tries to keep a good and positive atmosphere in the team and see that no negative vibes come into the side.”

Bhuvneshwar also praised teammate Muztafizur Rahman and termed the promising Bangladesh seamer as a smart cricketer. “When it comes to Muztafizur, his action is quite different. He is very smart bowler. He does not give any room to the batsman; he makes it very difficult to pick his yorkers, slower ball and cutters. He knows very well when to bowl the slower one and when to bowl at normal pace. These are aspects which make him a special bowler,” he said.

The India team is scheduled to tour Zimbabwe, followed by West Indies in the coming months and Bhuvneshwar is confident of putting up a good show with the ball if he is given a chance.

“I am confident of bowling well, and I know I will get a better chance. The way I am bowling for the last couple of months, and also doing well in IPL. So I am pretty confident of delivering well when play for India,” he said.

Commenting on David Warner’s leadership of SRH, Bhuvi, as he is fondly called, praised the Australian saying, “He is a very good captain. Warner gives us a lot of confidence and throws it on us to set our own field. If a captain does like this, then it gives a lot of confidence to a bowler that I can set my own field depending on the batsman and skipper is backing me to do well. It is very important for a bowler, to get backing of his skipper.” 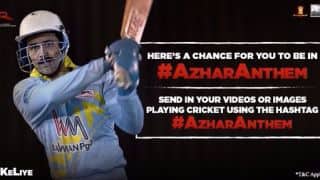