Shaun Marsh was one of the cricketer being ruled out of remainder IPL 2016 due to an injury.

Glenn Maxwell has rubbished reports on Kings XI Punjab (KXIP) being alarmed by the recent reports on the brawl between Australian cricketer Shaun Marsh and Glenn Maxwell in the dressing room. Maxwell posted a local note on Twitter that mentions ‘KXIP did make minor errors that cost them the game against Royal Challengers Bangalore (RCB) and Kolkata Knight Riders (KKR). Had it not been for the loss, they would have won four in a row. Just because the team lost against two quality sides, does not mean the team is disarray.” Maxwell also mentioned on his note that Murali Vijay and David Miller have done great job from their side as captains. Full Cricket Scorecard: Mumbai Indians vs Kings XI Punjab, IPL 2016 Match 43 at Visakhapatnam

He ended his note on a positive front saying, “We will continue to be close group of players despite what these sensationalised reports are saying.” The news on the brawl between these players broke on Friday when Maxwell laughed off the Indian reports that said, “Hahaha just saw a report that Shaun Marsh was sent home because of a brawl with a KXIP teammate, not because of injury. The poor bloke was in agony in the field last game he played, and then this rubbish comes out! #absolutegarbage #indianjournalism #lies.” ALSO READ: Glenn Maxwell rubbishes news about Shaun Marsh’s fight with Kings XI Punjab teammate

1/2 Hahaha just saw a report that @shaunmarsh9 was sent home because of a brawl with a kxip teammate, not because of injury…

2/2 the poor bloke was in agony in the field last game he played, and then this rubbish comes out! #absolutegarbage #indianjournalism #lies

It was not just Maxwell, but also Mitchell Johnson showing support for his team mate on this note.

Dipankar Lahiri nominated for best “Fiction” story of the year about @shaunmarsh9 disgraceful piece of writing!!

Marsh was one of the players being ruled out for remainder of IPL 2016 due to injury. Apart from him, players like Steven Smith, Kevin Pietersen, Faf du Plessis and Mitchell Marsh were bowed out from IPL due to their respective injuries. Punjab in a press release had revealed that Marsh senior suffered a back injury and had to fly back to Australia.

Earlier, there was news about Punjab’s co-owner Preity Zinta had lashed out at her side’s head coach Sanjay Bangar after Punjab’s one-run defeat against Royal Challengers Bangalore However Preity clarified later in a Facebook post that the news was absolutely fake. 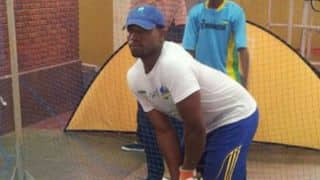 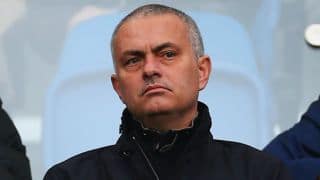