It is must win for both Royal Challengers Bangalore and Mumbai Indians as they look to make it to the playoffs.

Royal Challengers Bangalore (RCB) take on Mumbai Indians (MI) in Match 41 of the Indian Premier League (IPL) 2016 at M Chinnaswamy Stadium in Bangalore. Catch the live cricket scores and live cricket streaming on Sony SEPN, Sony ESPN HD, Sony Six, Sony Six HD and SET Max. RCB have won their last two matches and will go into the match with full of confidence. MI on the other hand will look to put in a much better performance in this match after they scored just 92 in the their previous match against Sunrisers Hyderabad (SRH). Having already beaten RCB once in the tournament already, MI will be backing themselves to complete a double. Full Scorecard: Royal Challengers Bangalore vs Mumbai Indians, IPL 2016, Match 41 at Bangalore

RCB beat Kings XI Punjab (KXIP) by just in their previous match to make sure that they kept their playoffs dream alive. One more loss for RCB could see them crash out of the tournament. With eight points in nine matches, RCB have played one match lesser than their opponents MI. A win for RCB will take them level on points with MI with a game in hand. Royal Challengers Bangalore vs Mumbai Indians, IPL 2016, Match 41 at Bangalore: Preview

Virat Kohli has been in magnificent form throughout this tournament, having already struck a couple of centuries already. For MI, it is their top-order, consisting of Rohit Sharma, Parthiv Patel, Ambati Rayudu and Jos Buttler, who have performed well and gotten their team off to a solid start.

RCB’s weak point is their bowling and the inclusion of Chris Jordan has made very little difference. For MI, Mitchell McClenaghan has been excellent and will be entrusted to bowl his best in this match as well. It is a must win for both teams as they look to keep their playoff hopes alive. 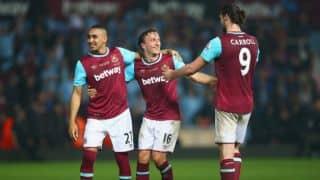 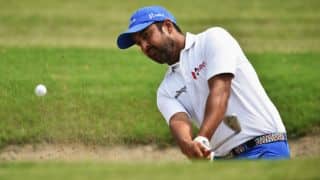