The Dhoni-Fleming combine kept the core of the team intact at CSK, and it will not be a surprise if the duo goes all-out behind the CSK players in the auction.

It is that time of the year when the biggest Twenty20 (T20) tournament in the world, the Indian Premier League (IPL) starts making waves. The player auctions, held usually a couple of months before the commencement of the tournament, are just around the corner and the franchises are gearing up for the D-day. IPL 9, scheduled to take place between April 9 and May 29 this year, will have its player auction on Saturday, February 5, in Bengaluru where the eight teams will build up their teams. With two new teams in Rising Pune Supergiants (RPS) and Gujarat Lions (GL) in the fray, the player auction becomes all the more interesting. READ: IPL 2016 teams: List of players retained by IPL 9 teams before Indian Premier League auction.

The two-year ban on Chennai Super Kings (CSK) and Rajasthan Royals (RR) opened the doors for RPS and GL, who will feature in IPL 2016 and 2017. To balance the squads and give new members a fair shot at top players, IPL player draft took place in November last year, where both the new teams were to pick five top players each from the banned franchises, and then to build their teams at the player auction. Since RPS had the lowest bid during the reverse bidding for the new franchises, they were given the first go at players during the draft. Expectedly, the team secures services of India’s limited overs captain and arguably the most successful skipper in IPL history, MS Dhoni.

Remaining four slots were filled by Australia’s Test and ODI captain Steven Smith, South Africa’s T20I captain Faf du Plessis and the Indian pair of Ajinkya Rahanae and Ravichandran Ashwin. Stephen Fleming, who was CSK’s coach and shares a great bond with Dhoni, is at the helm of RPS as well. Going into Saturday’s player auction, RPS have a balance of Rs 27 crores to create their squad. They can add 22 more players in their squad, including seven more overseas players, which is the upper cap. The Dhoni-Fleming combine kept the core of the team intact at CSK, and it will not be a surprise if the duo goes all-out behind the CSK players in the auction. 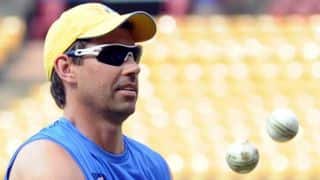