Dhoni's side, Rising Pune Supergiants, have an uphill task to win every match to make it for the playoffs in IPL 2016

It will be a battle of survival for the two national captains as Virat Kohli’s struggling Royal Challengers Bangalore square off against a fledgling Rising Pune Supergiants led by Mahendra Singh Dhoni in an Indian Premier League (IPL) encounter for the bottom-rung teams, here on Saturday. With five defeats in seven games, RCB are currently placed at a lowly seventh spot in the table with four points while Pune are just a notch above in sixth spot courtesy their third win against Delhi Daredevils, on Thursday. It has been a tough journey for the two superstars of Indian cricket as their franchises have dished one disappointing performance one after the other. FULL CRICKET SCORECARD: Royal Challengers Bangalore vs Rising Pune Supergiants, IPL 2016 at Bengaluru

RCB, with perhaps the most intimidating batting line-ups, has managed to lose many matches because of a pedestrian bowling attack that has failed to defend 180 plus scores on most occasions. Skipper Kohli, who is in form of his life, is the leading run-getter with 433 runs to his credit with a century and four 50 plus scores at a whopping average of 72.16. AB de Villiers with 320 runs is also in the Top-10 list but the problem has been their bowling.

Their two best performers, Shane Watson and Yuzvendra Chahal, with 9 and 5 wickets respectively, have an economy rate of 8.60 and 8.89 to show for their efforts. None of the RCB bowlers have an economy rate of less than eight runs per over. It is expected that England seamer Chris Jordan, who put up some exceptionally good performances at the death during the last ICC World T20, will be coming into the playing XI and thereby may give some respite to Kohli giving Kohli, at the opening and death overs.

For Dhoni and his men, they will like to think that the win against Daredevils will boost their morale after four defeats at their home ground in Pune. Having lost the services of four important foreign players, for instance, Faf du Plessis, Kevin Pietersen, Steven Smith and Mitchell Marsh, has hampered Dhoni’s plans but he will get some relief with the joining of Usman Khawaja, who made 30 in his IPL debut. Khawaja and former Australian captain George Bailey can add some impetus to the Sanjeev Goenka-owned team.

Though yesterday, Dhoni couldn’t finish off the match, his two sixes did go a long way in helping Thisara Perera provide the late onslaught. With the team needing to win each and every match, Dhoni and his boys know very well that they cannot afford any slip ups at this stage of the tournament. 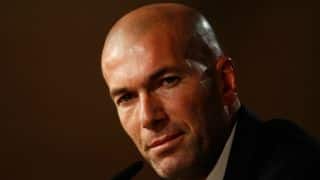