While Shreyas Iyer was recovering from chicken pox, Angelo Mathews was out of action for a long time as he was nursing a hamstring injury.

Delhi Daredevils (DD) have been handed a huge boost ahead of their Indian Premier League (IPL) 2017 match against Kings XI Punjab (KXIP). Shreyas Iyer and Sri Lanka skipper Angelo Mathews have joined the DD squad and might take field in the match later on Saturday. While Shreyas was recovering from chicken pox, Mathews was out of action for a long time as he was nursing a hamstring injury. If picked, Shreyas will take the place of his Mumbai skipper Aditya Tare at the top and Mathews is most likely to replace New Zealand all-rounder Corey Anderson. Delhi have played two matches in the tournament so far, winning just one. KXIP on the other hand have played three matches, out of which they have won two. FULL CRICKET SCORECARD, Delhi Daredevils vs Kings XI Punjab Match 15

Shreyas was picked for the fourth India-Australia Test at Dharamsala as a cover for the injured Virat Kohli, but did not get a chance to make his international debut for India. Mathews however last played competitive cricket when he led Sri Lanka in the T20 International (T20I) series against South Africa in in January this year. His inclusion will definitely be a huge boost the DD side, who are high on confidence after a good performance in their previous game. While KXIP lost to Kolkata Knight Riders (KKR) in the previous match, but DD thrashed Rising Pune Supergiant (RPS) by 97 runs, thanks to a superb ton by Sanju Samson the first of IPL 2017. Delhi Daredevils vs Kings XI Punjab, IPL 2017, Match 15: Preview

A win for DD in this match could see them in the top four of the IPL 2017 table for the first time this season. 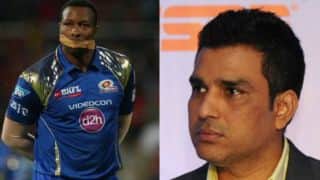 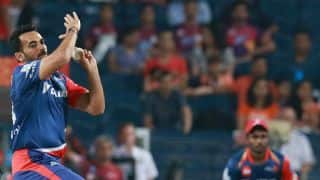