Lakshmipathy Balaji feels that facing off Bangalore batsmen in IPL 2017, especially the duo Virat Kohli and Chris Gayle would be like battling an Army.

As former 2-time champions Kolkata Knight Riders (KKR) get set to face Royal Challengers Bangalore (RCB) in Match 27 of the ongoing Indian Premier League (IPL) 2017 at the historic Eden Gardens Stadium in Kolkata on Sunday, Kolkata’s bowling coach Lakshmipathy Balaji remains optimistic regarding the encounter. He also feels that facing off the Bangalore batsmen, especially the fierce duo Virat Kohli and Chris Gayle would be more like battling an Army in the battlefield. Bangalore, who posted a mammoth total of 213 for two, had Kohli and Gayle putting up a stellar stand of 122. A repeat of such performance would certainly make things difficult for Kolkata, as they lost defending a decent total of 180 plus against Gujarat Lions (GL) on Saturday. FULL CRICKET SCORECARD: Kolkata Knight Riders (KKR) vs Royal Challengers Bangalore (RCB), Match 27 atv Eden Gardens

“It’s hard to plan. It’s like Army men going into the battlefield. You may have a lot of planning but on the day you just try to disorient a little bit. But the important thing is what comes to us and what we can control. “In T20, it’s all about what you do on that day. The batting decides the outcome in most of the games. We have been playing good cricket. It’s about keep doing the things that has given you good results instead of being intimidated by the opposition,” said Balaji, as reported by PTI.

“We just need to do look after our limitations. We cannot control the opposition. We can control many things that we are doing good, that’s why we are in top three. It’s about wickets, and not by runs. Your game destination is decided on how many wickets you take. Wickets form an important aspect and we have done exceedingly well in that department. But at the same time we will look to improve in the areas that needed to be addressed,” he added.

Speaking on the performance against Gujarat, he said, “The good thing is we got five wickets, that’s a positive outcome. The batsmen are aggressive in this format, so you need to show your aggression by taking wickets. There has to be a balance. When you keep doing that, the outcome takes care on its own. The wickets decide the outcome most of the times rather than containing runs.”

On being asked if he is worried regarding the split of support among the fans, owing to the involvement of crowd favourites Kohli and Gayle for Bangalore, he said, “Definitely, they are very good cricketers and ambassadors of the game. There will definitely be a lot of cheers. That’s good for us. We have got our own support. We have been doing well here. It will be an exciting match.” 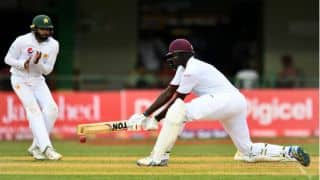 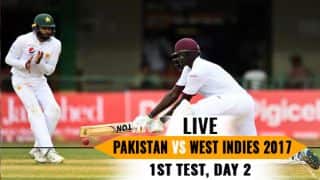