IPL 2017 Final: It has been fun working with MS Dhoni and Stephen Fleming, says Steven Smith

IPL 2017 Final: It has been fun working with MS Dhoni and Stephen Fleming, says Steven Smith

With one final hurdle to cross, Steven Smith-led Rising Pune Supergiant (RPS) and two-time champions Mumbai Indians (MI) are set to clash in the epic title deciding grand finale of the Indian Premier League (IPL) 2017, at the Rajiv Gandhi International Stadium in Hyderabad on Sunday. Ahead of the final, the RPS skipper praised his team’s performance so far in the tournament, especially their coach Stephen Fleming and former skipper MS Dhoni, for the immense contribution to the side. Smith also praised the youngsters for the hard-fought contributions to the side, and wished them all the success for the final and their future endeavours. FULL CRICKET SCORECARD: Rising Pune Supergiant (RPS) vs Mumbai Indians (MI), IPL 2017 Final at Hyderabad

“It’s obviously been a pretty compact tournament this year. We had a couple of days break to relax and regroup after a good game against Mumbai [Indians] in Mumbai. Guys had a good training session tonight and we are ready to go tomorrow,” said Smith during the pre-match press conference on Saturday. “I had a lot of fun throughout this tournament. It has been a great ride. We played some good cricket obviously to be here in the final. It has been fun to work with Fleming and MS [Dhoni] as well. We tried to get the best out of the group we had, played some consistent cricket at the back end of this tournament, which is important heading into the business end. Great to play the way we have and make it to the big dance tomorrow, and hopefully we can put up a good show,” he added. RPS vs MI, IPL 2017 Final, preview and likely XIs: Hyderabad gears up for the Maratha war

“Few guys are quite young and probably haven’t played, so there’s a sort of hard pressure in the final games. It can play into you favour sometimes, make you come out and play with your freedom and do the job. I thought Washington [Sundar] was fantastic the other night in Mumbai. For a 17-year old, to come out in the big stage, against some quality players, and to do what he did was something outstanding. Therefore, the young people have been a big part of our success so far, throughout this tournament and hopefully they can bring success again tomorrow night,” he concluded. IPL 2017: Communication between Dhoni, Smith outstanding, says Stephen Fleming

Speaking on Dhoni’s contribution to the side, RPS coach Fleming said, “MS Dhoni has been very successful, probably one of the most successful players in the last decade. Another opportunity to play a final for him tomorrow and it is something he is up for and motivated. Good to see him playing some cameo roles. Although he is being criticised for not doing much, I think what you have to appreciate is that how good he was when he was doing it time and time again. He has been a good player for us, and has been in good form considering his leadership point of view. We hope he has a great final tomorrow.” 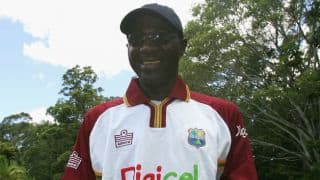