The ongoing contest between home team Kolkata Knight Riders (KKR) and Kings XI Punjab (KXIP) is the first of IPL 10 at the famous Eden Gardens.

Ahead of match 11 of Indian Premier League (IPL) 2017, there was a fire scare in the press box of Kolkata’s Eden Gardens. Some reports say that a short circuit triggered some fire and the police doused it on time. However, it was minor and has not caused much damage. The ongoing contest between home team Kolkata Knight Riders (KKR) and Kings XI Punjab (KXIP) is the first of IPL 10 at the famous Eden Gardens. The game, however, began on the scheduled time despite the fire breaking out, suggesting the intensity of it. KKR captain Gautam Gambhir called it right at the toss and elected to bowl first. Live Cricket Scorecard: Kolkata Knight Riders vs Kings XI Punjab, Match 11 at Eden Gardens

KXIP coach and former India opener Virender Sehwag rang the Eden Gardens’ bell, gesturing for the game to commence. KKR have an upper hand when it comes to head-to-head encounters. Both teams have locked horns in 19 games, with KKR winning 13 times. To make matters worse for KXIP, they lost their last seven matches against the two-time title-holders KKR. All the same, the last time KXIP beat KKR was back in the 2014 edition. At Eden Gardens, nonetheless, KXIP have won only two out of eight contests. In fact, the last time KXIP won at the very venue was in 2012.

KXIP have won both their games this season, while KKR have won and lost a game each. Though the records suggest that KKR have their nose ahead, let us not disregard the fact that KXIP have star performers in their ranks. 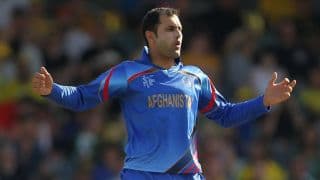 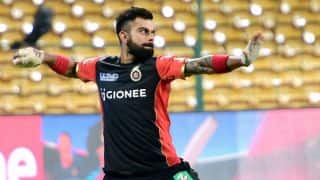