Archana Vijaya, known mostly for her association with shows related to cricket, says she enjoys watching the sport.

New Delhi: Popular video jockey and host Archana Vijaya, known mostly for her association with shows related to cricket, says she enjoys watching the sport. “I have been presenting cricket for 10 years. I must like the sport very much to be able to do it for 10 years. So yes, I do enjoy the game very much,” Archana told IANS. She is currently seen as a host in “IPL Extraaa Innings T20″ for the 10th edition of Indian Premier League (IPL), which is aired on Sony MAX. “I enjoy IPL because it is a great bonanza of the sort of format: it’s quick, it’s electrifying, it’s inclusive, it’s the epitome of cricketainment’ which is why I really enjoy this format of the game particularly,” she added. Hot female anchors through the history of IPL

Archana, who was earlier seen as a contestant in stunt based reality show “Khatron Ke Khiladi – Darr Ka Blockbuster”, says she is taking a different approach to host the IPL. “I will be traveling the length and breadth of the country and bringing all the action that happens off the field, which is interviews with the cricketers, fun stuff that we will be doing in the city. We have interesting segments that I am going to be hosting such as What’s hot and what’s not’ or what’s hot and what’s super-hot’,” she said. 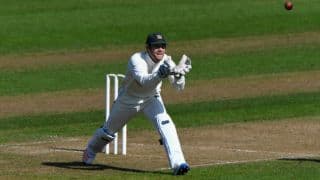