After Rising Pune Supergiant‘s (RPS) spirited performance versus Royal Challengers Bangalore (RCB) in match 34 of Indian Premier League (IPL) 2017, Steven Smith was impressed with his side’s showing on the 22-yard circle. The Australian skipper credited Lockie Ferguson who was the stand out performer with 18 dot balls and ended with a spell of 4-0-7-2. He also got the prized scalp of AB de Villiers. With much being talked about his relationship with former RPS skipper, MS Dhoni, he believes the wicketkeeper-batsman is in good touch and will be impactful in the latter part of the tenth edition. READ: Ferguson reveals special plan against AB de Villiers after defeating RCB

Pune has been a lucky ground for Smith. He scored a match-winning hundred to guide his national side to a massive victory in the series opener of the Border-Gavaskar Trophy 2016-17 prior to IPL 10. On being asked about his love affair with the stadium, he stated, “It s a nice place to play. Nice small boundaries and usually a very good wicket to bat on. I ve had a bit of success here at the MCA stadium and long may that continue”, as quoted by iplt20.com.

In a cliff-hanger versus Mumbai Indians (MI), wherein RPS won by 3 runs, Smith was seen taking advice from Dhoni in a tense finish. He revealed what the conversation was between the duo. “MS Dhoni has been fantastic as he knows the game incredibly well out here. As a wicketkeeper, it is nice to have someone out there who can look at the angles and get them right. He has done that well for us and I m sure he will continue to make a big impact and help me and the rest of the boys and hopefully have more success in the rest of this tournament”, said Smith.

Smith also shared the difference playing under Dhoni and now taking over the reins from the 35-year-old. “It s pretty chilled out with him. He has been fantastic and has had a few valuable contributions with the bat and he is hitting the ball really well. I think he will come back to great form and have a bigger impact by the end of this IPL. I m really excited about the next couple of games”, added Smith.

Dhoni’s wicketkeeping skills are known to the entire cricketing arena. He pulled off another smart bit of run-out in the game versus Kolkata Knight Riders (KKR) in Pune by dismissing Sunil Narine. Talking about his blink-and-a-miss keeping, Smith quoted, “Look, he s incredibly quick behind the stumps and his hands don t go back at all, they just stay there and collect the ball. He has done that for a very long time now and has done it once or twice for us in this tournament so far and is doing a great job for the team.”

New Zealand’s bowler, Ferguson, was included in the game against RCB and proved to be the difference between both sides. Speaking about his sensational bowling, Smith replied, “Ferguson did a great job for us tonight. He came in and bowled beautifully, I think he had 18 dot balls. It s nice to know we have options and when Ben Stokes is fit, we will see what combination is right on that day and try and pick the best line-up for each opposition and each set of conditions we face.” 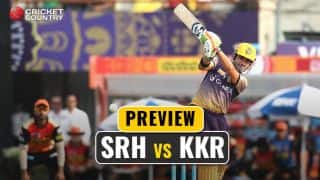