Nitish Rana s splendid half-century and a late blitz from Hardik Pandya gifted Mumbai Indians (MI) their first win in Indian Premier League (IPL) 2017 over Kolkata Knight Riders (KKR) in a thrilling finish. Mumbai Indians fought against all odds to post a memorable win, with Rana scoring a 29-ball 50 and Hardik smacking 3 boundaries and 2 sixes to score 11-ball 29 not out to outgun an erratic KKR, at Wankhede Stadium in Mumbai. Chasing 179, Mumbai huffed and puffed but eventually managed to clinch the game by 4 wickets with KKR faltering in the later stages to lose a game despite doing all the hard work. FULL CRICKET SCORECARD: Mumbai Indians (MI) vs Kolkata Knight Riders (KKR), IPL 10, Match 7

Mumbai Indians were rocked by a couple of wrong leg-before decisions after a rollicking start in their first home match. After losing Parthiv Patel in the eighth over, Mumbai Indians were jolted when Ankit Rajpoot rapped Jos Buttler on the pads. Umpire Nitin Menon adjudged him out leg-before, but the replays showed the ball would have missed the leg-stump. Unfortunately for Buttler, he was given out leg-before erroneously the second time. In Mumbai Indians first match against Rising Pune Supergiant, he copped a wrong decision when the umpire failed to spot a thick inside edge on to his pads, off Imran Tahir. FULL CRICKET BLOG: Mumbai Indians (MI) vs Kolkata Knight Riders (KKR), IPL 2017 Match 10

There was another shocker in the store for Mumbai Indians. Sunil Narine got one to turn sharply into Rohit Sharma, and the batsman got a thick inside edge on to his pads. Umpire CK Nandan did not see that either, and Rohit let out a frustrated cry.

Before all this, Mumbai Indians appeared to be running away with the game with Buttler and Parthiv took them off to a brisk start. Both Buttler and Parthiv got a boundary each in the first over, and kept going for their shots to add 58 runs for the first wicket. Parthiv scored a 27-ball 30 with the help of 3 boundaries and 1 six, while Buttler clobbered 2 sixes and 1 four to score 28 off 22.

Hardik Pandya and Nitish Rana got together to bail Mumbai Indians out of trouble, who were already without the services of their middle-order mainstay Ambati Rayudu. Krunal hit two boundaries off Rajpoot in the 11th over, and Rana picked Kuldeep to attack, hitting the Chinaman bowler for a six and a four in the next.

Rajpoot soon won his battle against Krunal, getting him caught behind for 11. In came Kieron Pollard who began with a couple of runs off the second ball before launching one off Rajpoot for a massive six. Pollard and Rana kept Mumbai afloat with their brief stand, but Chris Woakes had the former caught for a run-a-ball 17 on the first ball of the 17th over.

At the other end, Rana continued to fight for his side, hitting Woakes for a boundary over cover and then tore into Trent Boult, smashing him for a four and a six to spice up the chase. Hardik joined in the fun, hitting Boult for a last-ball six in the 18th over. This left Mumbai with 30 runs to win off 12 balls.

Rana scooped a six off a full toss from Rajpoot’s first ball in the penultimate over and followed it up with a four over mid-off. The third ball was wide, putting the bowler under tremendous pressure. But Rajpoot was lucky, as the third legit ball was played straight to the man at point. Harbhajan came in to take a single, and Hardik then smacked a leg-side delivery into the stands, taking Mumbai closer to a win with 11 needed off the final over.

Hardik got two runs via leg-byes on the first ball from Boult, and an embarrassing misfield by stand-in KKR captain Suryakumar Yadav allowed a boundary to Mumbai on the second ball, which brought the equation to 5 off 4 balls. Pandya moved out of the way on a dangerous bouncer, but a mishit on the next ball had him in danger. Hardik hit in the air towards deep square-leg, and substitute fielder Rishi Dhawan had covered some ground to get under it. Dhawan slipped because of the de and failed to take the catch. Hardik then sealed the game for Mumbai with a boundary on the penultimate ball.

Earlier in the first innings, Manish Panday stroked his way to a quickfire 81 not out to lift Kolkata Knight Riders to 178 for 7 in 20 overs. Pandey smacked 5 sixes and as many boundaries while he faced 47 balls. Lynn, KKR’s hero in previous match, scored a rapid 32.

Rana was adjudged Man of the Match for scoring a 29-ball 50, studded with 5 boundaries and 3 sixes.

While Gambhir was not on the field towards the ending stages of the game, KKR had a nervous moment when a desperate dive to take a catch in the fourth over forced Lynn off the field with some sort of discomfort in his left shoulder. Buttler and Parthiv showed sportsmanship when they did not take more than two runs, while the ball stopped near the ropes and Lynn began asking for assistance from the dressing room.

Man of the Match: Nitish Rana 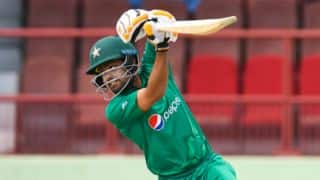 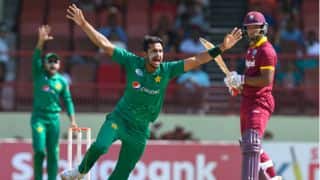