At the M Chinnaswamy Stadium on Friday, Krunal’s unbeaten 45 helped MI post a convincing 6-wicket victory over KKR with 33 balls to spare.

After taking his side Mumbai Indians (MI) home, Krunal Pandya credited team’s bowlers for the victory over Kolkata Knight Riders (KKR) in Indian Premier League (IPL) 2017 Qualifier 2. At the M Chinnaswamy Stadium on Friday, Krunal’s unbeaten 45 helped MI post a convincing 6-wicket victory over KKR with 33 balls to spare. While Krunal’s innings was crucial in his team’s victory, the all-rounder credited the likes of Jasprit Bumrah and Karn Sharma for their brilliant bowling which restricted KKR to 107. MI reached the IPL 2017 final with the win, making it their fourth time, and will face Rising Pune Supergiant (RPS) at Hyderabad on Sunday.  FULL CRICKET SCORECARD: Mumbai Indians (MI) vs Kolkata Knight Riders (KKR), IPL 10, Qualifier 2

In a video released by BCCI, Hardik Pandya was seen interviewing brother Krunal where the latter said, “All credit goes to the bowlers. They bowled really well to restrict KKR within 110 which was amazing. Then when I went to bat, the score was ball to ball runs, wicket was on the tougher side to bat so I just made sure that I was just ticking the score and made sure that I played till the end. It was amazing. The way we started, the way we executed our plans was simply amazing”

“It was a total team effort. All the bowlers bowled really well, Karn, Bumrah, Mitch [Mitchell Johnson— everyone chipped in. And in batting also it was just to be there and play out the overs and we chased it,” Krunal added.

This will be the first IPL final for Krunal. Talking about that he said, “It’s such a great, great feeling to be in the finals. For us [the Pandya brothers], it was our dream to play at good level and we are playing for Mumbai Indians. [This is] such an honour for us. It’s just amazing, just want to execute our plans in the finals and we want that cup with Mumbai Indians.” 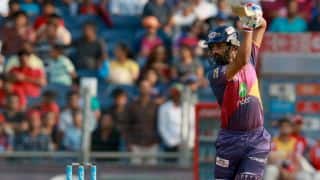 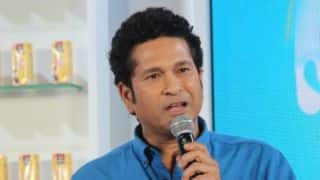