The 10th edition of the IPL concluded on Sunday with a dramatic final-over victory by the now three-time champions MI over RPS.

New Delhi: Over 120 million people joined the Indian Premier League (IPL) conversation on Facebook and the company recorded 350 million interactions related to the season on the platform. While Virat Kolhi was the most talked about player on the platform, Mumbai Indians was the most talked about team this season, the company said in a statement. The 10th edition of the IPL concluded on Sunday with a dramatic final-over victory by the now three-time champions Mumbai Indians (MI) over Rising Pune Supergiant (RPS). Throughout the 47-day tournament, IPL posted videos of team warm-ups before each match and closed the tournament on Facebook by sharing the video of the championship trophy presentation. READ: Most dot balls, best economy and other bowling stats from IPL 2017

The league shared images of key match moments as they happened and special off-the-field moments as well. As far as the teams were concerned, champions Mumbai Indians went live on Facebook after they returned to the hotel after the win. Teams including the Mumbai Indians, Kolkata Knight Riders (KKR)and Sunrisers Hyderabad (SRH) also shared their cake cutting celebrations using Facebook Live and videos. Players also used Facebook to connect with their fans. News and sports publishers and broadcasters took to Facebook Live throughout the event to provide exclusive match commentary and analysis, as well as engage and entertain fans during the IPL. READ: Most runs, fastest fifties and other batting stats from IPL 2017

This season could also mark the last campaigns for runners-up RPS and Gujarat Lions (GL). We could see the return of Chennai Super Kings (CSK) and Rajasthan Royals (RR) from IPL 2018. They were banned for a couple of seasons on charges of match-fixing. 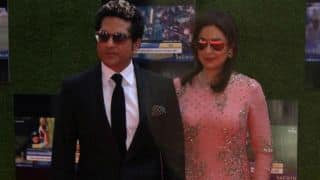