Ben Stokes' bowling figures of 4-1-21-2 won RPS their third game of the tournament and earned him the Man of the Match award.

He was bought in the Indian Premier League (IPL) auctions for a whopping INR 14.5 crores by Rising Pune Supergiants (RPS) earlier this year. English all-rounder Ben Stokes can win you games with the bat, ball or with his incredible acrobatics on the field. Stokes has already slammed a fifty in the competition but it is his bowling that has made the headlines in recent times. On Monday, Stokes ended Mumbai Indians (MI) winning streak and spoiled their mentor Sachin Tendulkar’s 44th birthday by helping RPS clinch the Maharashtra derby at MI’s fortress Wankhede Stadium by a slender margin of 3 runs. Full Cricket Scorecard, Mumbai Indians (MI) vs Rising Pune Supergiant (RPS), IPL 2017, Match 28 at Mumbai

Stokes’ bowling figures of 4-1-21-2 won RPS their third game of the tournament and earned him the Man of the Match award. Post match, Stokes admitted that he has not been performing well with the bat but he is happy with his bowling.

“The bowling side has at least been coming out well. (I am) Pretty disappointed with the bat (batting). We are peaking at just the right time after not starting all that well but are putting in some good performances now,” said Stokes, who scored 17 off 12 balls earlier in the night. ALSO READ: Smith applauds Unadkat’s bowling after RPS beat MI

This is Stokes’ first IPL and the 25-year-old has enjoyed his experience so far.

“(I am) Absolutely loving it here, it is mega to be a part of and am pretty fortunate to be in this situation. Was told the same by quite a few other England guys who have come down here,” said Stokes, the highest-ever paid foreign player in cricket’s most lucrative league. 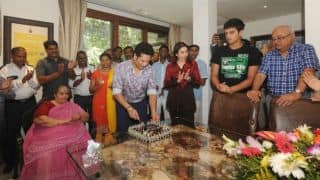 In Pictures: When Sachin Tendulkar celebrated his 44th birthday at his residence 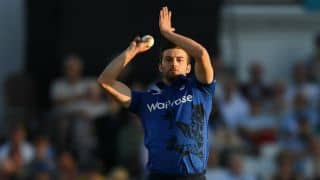