Shane Watson to lead Royal Challengers Bangalore in Virat Kohli and AB de Villiers' absence against Sunrisers Hyderabad in the opener of IPL 2017.

Who will captain Royal Challengers Bangalore (RCB) in the absence of Virat Kohli? Whether AB de Villiers will be the stand-in captain or Chris Gayle will call the shots? No, wait. There is Shane Watson at their disposal as well. He has captained Australia in a Test on Indian soil. All the same, after the permutations and combinations, RCB placed de Villiers at the helm. But, wait. De Villiers joined the list of casualties and tweeted that he will miss the opener of Indian Premier League (IPL) 2017 against Sunrisers Hyderabad on April 5. De Villiers had back injury and was ruled out of the final of Momentum Cup for Titans. Also read – Smith records message in Marathi for RPS supporters

“In the absence of Virat and KL Rahul, there are chances that I would be asked to bat at the top a position which I enjoy the most and have been doing well,” Watson had told reporters on Saturday. This means, Watson will not only lead the side but is likely to open with Chris Gayle. However, RCB will miss the services of Kohli and KL Rahul, along with de Villiers, in their batting line-up. To make matters worse, Sarfraz Khan will not take part in the tournament as well, as he was injured during RCB’s practice session.

Really disappointed to be missing the opening game of the IPL tomorrow, good luck to @ShaneRWatson33 and the rest of the @RCBTweets boys!

The moment de Villiers tweeted his unavailability, owing to his addition to RCB s long list of injured players, former New Zealand skipper and current Gujarat Lions (GL) player Brendon McCullum took a dig at RCB, suggesting the injury-hit team may now have to resort to the services of their coach and his compatriot Daniel Vettori. McCullum tweeted:

@ABdeVilliers17 @ShaneRWatson33 @RCBTweets Dodgy back again bro? You fellas almost need to roll out the coach for game 1!?

RCB are one of the only three teams who have not won a single title yet since its inception. With their key players getting injured, their dream of clinching the title this time around has taken a heavy toll as well. 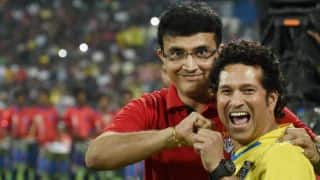 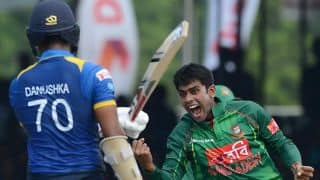