McClenaghan also confirmed that Jos Buttler will not be a part of the Mumbai Indians squad for the playoffs as he will join the England squad.

Mitchell McClenaghan is right up there with the leading wicket-takers in Indian Premier League (IP) 2017, but he says that he wants to improve his batting in T20 cricket. McClenaghan, who has picked up 17 wickets from 12 outings for the Mumbai Indians (MI) in IPL 2017 so far, believes that he has benefitted from the confidence the likes of Ricky Ponting and Mahela Jayawardene have shown in his batting. MI take on Kings XI Punjab (KXIP) at the Wankhede Stadium on Thursday. While MI have already qualified for the playoffs, a win in this match guarantees a top finish in the IPL 2017 points table. Full Cricket Scorecard: Mumbai Indians vs Kings XI Punjab IPL 2017, Match 51 at Mumbai

Talking about his batting, McClanaghan says, “Just for myself I want to keep improving, my batting has become better since the last couple of years. I want to prove myself to a position where as Ricky Ponting did and Mahela Jayawardane did earlier this year, they have the confidence to promote me up the order and I try and score some quick runs.

So it is a personal thing for me, I just want to prove myself and become a good No. 8 batsman in T20 cricket, where I can come out and get 20 off 8 balls, personally I want to get better,” he added.

Despite wanting to improve his batting, McClenaghan understands that his role in the team is to be aggressive and pick up as many wickets as possible when handed the ball. “My role in the side is to go and take wickets and be aggressive and try and get the key batsman out in the opposition, so it is important for me to do that and bowl lot of hard overs when the guys are in or going to hit in the end. So it is important to put things in perspective because everyone bowl in different stages, and I know I guess, you are going to go for runs, then back myself and come back and do your job next over or next game, said the Kiwi fast bowler. READ: IPL 2017: After losing to SRH, Parthiv suggests such off days good for MI before playoffs

McClenaghan also believes that the bowlers are going for a lot of runs in this edition of the IPL as the young batsmen have become fearless. “If you look across the board in this IPL, there have been times when people have gone for 40 plus and very good bowlers simply go for 50 or 60, that is unheard of, that’s not been happening in last couple of years,” McClenaghan said.

McClenaghan also confirmed that Jos Buttler will not be a part of the MI squad for the playoffs as he will join the England squad. “Jos Buttler won t be with us for the play-offs, he has a great season for us and he is a world class batsman, but we bring someone in the Mumbai team [in place of Buttler] and with the record Lendl [Simmons] has got in T20 cricket, we are pretty lucky that someone like Lendl comes in and takes Jos’s spot,” he said. “The key for Lendl is to get a couple of games under his belt, get up to speed before the play-offs and he is a crucial member for the play-offs,” he added. READ: IPL 2017: Defeat to SRH a lesson for MI, says Rohit

McClenaghan also mentioned that Krunal Pandya had a slight niggle and is working with the physio to rectify it. McClenaghan believes that MI is still determined to win the remaining games despite having already qualified for the playoffs. “There is a whole lot of motivation for us, having the opportunity to finish first or second, to be able to play [in front of] our home crowd at Wankhede.” 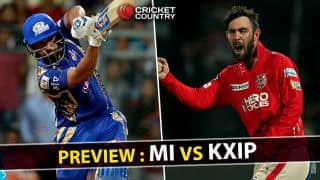 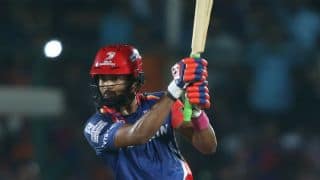