In the much-awaited eleventh edition of IPL, Ravichandran Ashwin will lead a new-look Kings XI Punjab.

Indian Premier League (IPL) Governing Council has swapped the venues of Kings XI Punjab‘s (KXIP) home games. The first 3 matches, all in April, will be in Mohali. On the other hand, the last 4 encounters, in May, will be hosted by Holkar Stadium, Indore owing to logistical issues. As per the revised itinerary, Punjab get to play in their home ground (Mohali) on April 15, 19 and 23 instead of Indore. Indore’s matches will be played on May 4, 6, 12 and 14.

The change in itinerary has been made to comply with Chandigarh airport. The airport is expected to remain shut from May 12 to 31 owing to renovation. “There were logistical difficulties that teams would have encountered had KXIP played their home games in Mohali in May. Therefore the IPL GC has decided that the dates will be swapped and Indore will now host all their matches in May,” explained CK Khanna, BCCI acting president.

In the much-awaited eleventh edition of IPL, Ravichandran Ashwin will lead a new-look KXIP. He will have a strong side, including Yuvraj Singh, KL Rahul, Karun Nair, Aaron Finch, David Miller, Akshar Patel, Mohit Sharma etc. 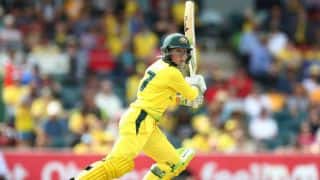 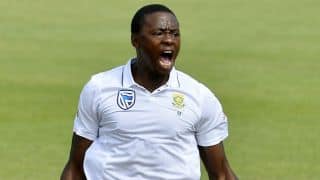