IPL 2018: Suresh Raina, Harbhajan Singh among others express their feelings regarding the shift of home venue for CSK

IPL 2018: Suresh Raina, Harbhajan Singh among others express their feelings regarding the shift of home ve

To CSK's misfortune they won't be playing any more matches on their home ground due to Cauvery water dispute in Tamil Nadu.

Chennai Super Kings have had a powerful start in the VIVO IPL 2018 by topping the points table with two wins in two matches. They have returned to the league after completing a ban of two years. However, to their misfortune they won’t be playing any more matches on their home ground due to Cauvery water dispute in Tamil Nadu. Board of Control for Cricket in India (BCCI) had to step in; resulting in changing CSK s home venue from Chepauk to MCA Stadium, Pune.

Suresh Raina, Harbhajan Singh, Shane Watson and many others have expressed their feelings through their Twitter accounts wishing for matches to be played back at Chennai soon.

Will miss playing on our home ground and entertaining our #Chennai fans this season…You are always in our hearts.

Heart breaking news..no more ipl games in chennai.. fans have waited two years for CSK to play in front of them at home..hope all the issues get solved soon and matches comes back to chennai soon…Thank u for your love,wishes,prayers would be needed all the time..

Very sad for our team @ChennaiIPL and the fans here in Chennai that we won’t be playing anymore games here this season. The atmosphere last game was incredible. Let’s hope this situation in Tamil Nadu is sorted out asap.

CSK are two-time IPL champions and have been in the final 6 times. They won the tournament in 2010 and 2011. They are the only side to win the title consecutive times, and are the only team to have top four finishes in all their eight seasons. 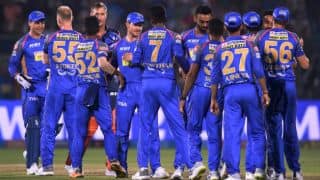 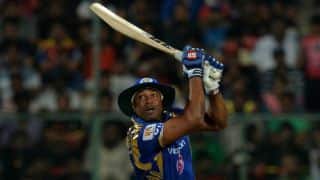