The right-arm pacer, who is a part of South Africa's World Cup 2019 squad, will be assessed by a shoulder specialist.

Dale Steyn s Indian Premier League (IPL) return is short-lived as the South African pacer is set to return home after his right shoulder flared up as he played for the Royal Challengers Bangalore (RCB) in IPL 2019.

Steyn, who initially did not find any buyers in the auction like the last year, joined RCB as a replacement for the Australian pacer Nathan Coulter-Nile.

Steyn is a part of the Faf du Plessis-led South Africa‘s 15-man squad for the upcoming World Cup in England and Wales. Cricket South Africa (CSA) said that all the measures will be taken to get him for the showpiece event.

Steyn will be assessed by a shoulder specialist and measures will be put in place to get him ready for the ICC Men s Cricket World Cup in England and Wales next month, said CSA in a media release on Thursday. (ALSO READ: Rankings these days don’t mean anything: Dale Steyn)

Dale felt discomfort after playing his second match at the tournament. Upon assessment and subsequent investigations, a flare-up of his right shoulder was confirmed. With the World Cup around the corner, it is our priority to get him back to full fitness before the squad departs on May 19th. He will consult with a shoulder specialist upon his return and a recovery plan will be put in place, said the South Africa team manager Dr Mohammed Moosajee.

Steyn, who played for the Virat Kohli-led RCB in two IPL games this season – against Kolkata Knight Riders and Chennai Super Kings – scalped four wickets. However, he did not feature in RCB’s game against Kings XI Punjab (KXIP) on Thursday. 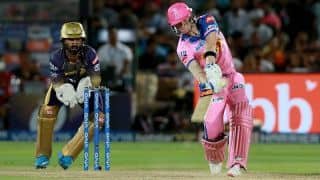 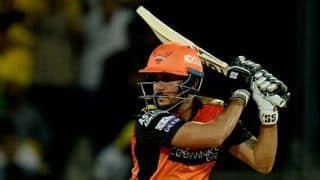